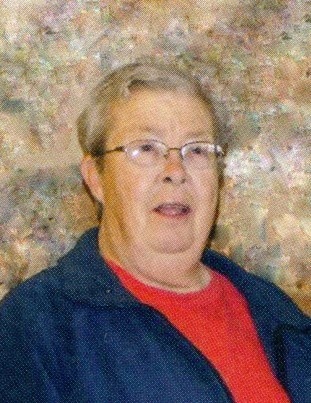 Linda L. Kowalski, 73, of Wahpeton, ND, passed away on Sunday, November 17, 2019 at Sanford Medical Center in Fargo, ND.  Visitation will be on Wednesday, November 20, 2019 from 5:00 PM to 7:00 PM with a prayer service at 7:00 PM at Vertin-Munson Funeral Home in Wahpeton. Funeral Services will be on Thursday, November 21, 2019 at 10:00 AM at the funeral home.  Pastor Ken Adams will officiate the service.  Burial will be in Riverside Cemetery in Wahpeton.  Arrangements have been entrusted to Vertin-Munson Funeral Home, Wahpeton.

Linda Lee Stelton was born on August 3, 1946 in Superior, WI.  She grew up in Wahpeton where she was in the first graduating class in the new high school in 1964.  After graduation, Linda enlisted in the US Navy where she was stationed in California and worked as a medic.  After her discharge, she moved back to Wahpeton where she was married, and later moved to Seattle, WA, where she was blessed with three children.  While in Seattle, she and a friend had twins at the same time, and they started the twins club which is still going on today.  Linda returned to Wahpeton in 1976 and was married to Richard Kowalski on December 10, 1977.  The couple raised their blended family in Wahpeton where Linda worked various jobs, with her most recent being at the post office.

Linda loved the outdoors, especially hunting and fishing.  She enjoyed watching the Minnesota Twins, wood crafting, reading, knitting, and doing cross word puzzles.  She was a wonderful grandma who loved to spoil her grandchildren.

She was preceded in death by her parents, Lee and Erma Stelton; two brothers, John and Paul Stelton; and a sister, Diane Boehrns. Linda's Memorial Folder
To order memorial trees or send flowers to the family in memory of Linda Kowalski, please visit our flower store.