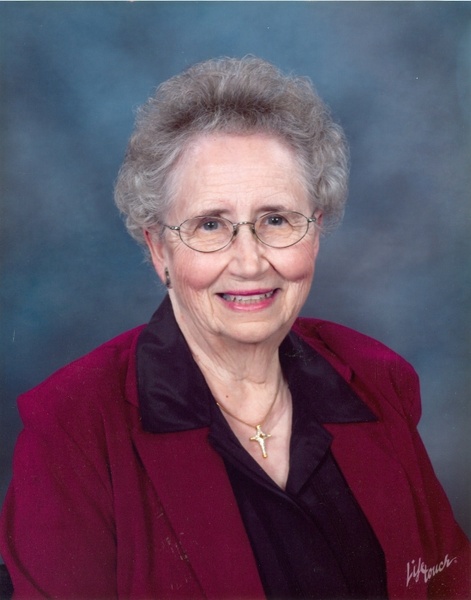 Lois Gunness, 88, of Fargo, ND, formerly of Abercrombie, ND passed away on Sunday, May 27, 2018 at Bethany Homes in Fargo.  Visitation will be held on Saturday, June 2, 2018 from 10:00 am to 11:00 am, followed by the funeral service at 11:00 am at Emmanuel Lutheran Church in Abercrombie.  Burial will follow the service at Emmanuel Lutheran Cemetery in Abercrombie.  Arrangements are entrusted to Vertin-Munson Funeral Home, Wahpeton, ND.

Lois Mae Gunness, daughter of Oscar and Edna (Skjonsby) Strand, was born on September 5, 1929 on a rural Christine, ND farm.  She was baptized and confirmed at the Christine Lutheran Church.  She was the fourth child to this family and was the last surviving member. Her siblings were Constance Ostenson, Robert Strand and Orvin Strand. When Lois was eleven years old, her dad died and she spent a lot of time with her aunts and uncles as her mom and siblings worked to make a living on the farm.

Lois graduated from Abercrombie High School after spending her junior year in the Fargo public school system.  She graduated from the North Dakota State School of Science in the secretarial field.

On her 19th birthday, Lois married Gordon William Gunness in Emmanuel Lutheran Church, Abercrombie, ND.  They lived on the farm south of Abercrombie without running water or electricity for their first year of married life.  They had three children—Susan Kay Blood, Stephen William Gunness, and Kathryn Ann Moen.  Throughout the years, Lois honed her skills of cooking for Gordon, the children, hired men and all the wonderful visits from family and friends.  Her kitchen would sometimes become a baby lamb nursery in March when the snow came during lambing.  She would plant and tend a garden, canned what she grew and graced our table with nutritious meals year round.  When Gordon bagged a moose in Canada, Lois sewed some funky vests for us to wear from its hide.

Lois was a 4-H club leader, a Sunday school teacher, and was involved in Band mothers, Homemakers, and women’s Bible Studies at church.  As the kids went off to college, Lois would do taxes and worked as a bookkeeper at Lambert’s Lumberyard in Wahpeton.  She and Gordon would do devotions in the car on the way to work every morning, which they both saw as a special time.  When Gordon was killed in 1977, Lois surrendered completely to Jesus and was even baptized in the Jordan River while in Israel a few years later.  Lois later moved to Abercrombie and then to Fargo.

In lieu of flowers, memorials can be sent to Emmanuel Lutheran Church Cemetery Fund, Abercrombie, ND. Lois's Memorial Folder
To order memorial trees or send flowers to the family in memory of Lois Gunness, please visit our flower store.