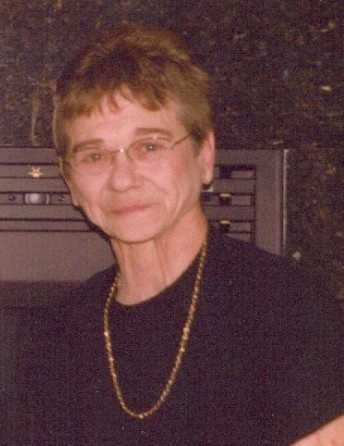 Lonnie Sue Singelman, age 77, of Wahpeton, ND, passed away on Friday, March 16, 2018 at Sanford Medical Center in Fargo, ND. Her funeral service will be held at 1:00 PM Wednesday, March 21, 2018 at Vertin-Munson Funeral Home chapel in Wahpeton. There will be a visitation one hour prior to the service at the funeral home. Her burial will be at St. Mary’s Catholic Cemetery in Breckenridge at a later date. Arrangements have been entrusted to Vertin-Munson Funeral Home in Wahpeton.

Lonnie was born on January 28, 1941, to Edward and Edith (Wold) Lehman in Breckenridge. She grew up and attended school in Breckenridge, and graduated from Breckenridge High School in 1959.

Lonnie was united in marriage to Robert Singelman on April 23, 1960, at St. Mary’s Catholic Church in Breckenridge. The couple resided in Wahpeton for the entire 58 years they were married, where they raised their two daughters, Shane and Shelley.

Lonnie enjoyed spending summers at Ottertail Lake, where she would start each morning having coffee with her special friend Vickie, and the two would end each day having a Margarita on the deck while watching the sunset.

Lonnie liked to quilt and cross stitch, play cards, and also enjoyed cooking and baking. She loved her dogs Tippy and Sparky.

Lonnie’s family would like to extend a very special “Thank You” to Olie (Teri) who took such loving care of her for her entire hospital stay.

She was preceded in death by her parents, Edward and Edith; one brother, Terry Lehman, and one niece, Tammie Lehman. To order memorial trees or send flowers to the family in memory of Lonnie Singelman, please visit our flower store.