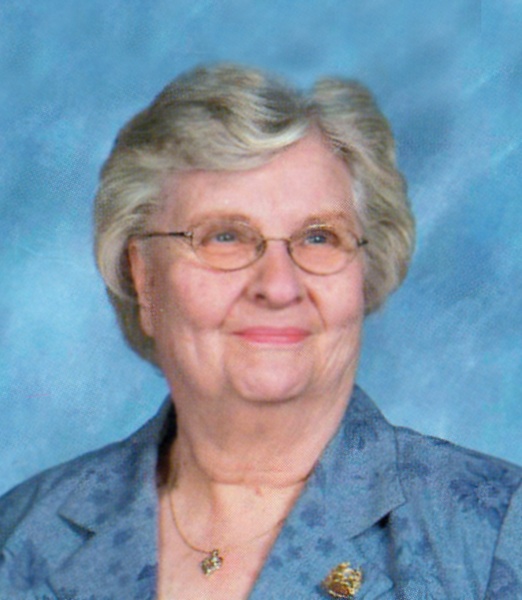 Lorraine Evenson, 83, Wahpeton, ND passed away on Wednesday, March 22, 2017 at St. Cloud Hospital, St. Cloud, MN. Funeral services will be held on Saturday, April 1, at 11:00 AM at Breckenridge Lutheran Church, Breckenridge, MN with Rev. Mark Manning officiating. Visitation will be on Friday, from 5 PM to 7 PM with a prayer service at 7 PM at Vertin-Munson Funeral Home, Wahpeton. There will also be visitation one hour prior to the service at the church on Saturday. Interment will be at Riverside Cemetery, Breckenridge. Arrangements are entrusted to Vertin-Munson Funeral Home, Wahpeton, ND.

Lorraine Elaine Evenson was born on September 17, 1933 to Selvan and Sarah (Gulbranson) Lee in Viking Township, Richland County, ND. She was baptized and confirmed in Viking Lutheran Church and attended school in Viking Township and graduated from Colfax High School. She went on to Valley City Teacher's College and received her teacher's certificate. She returned home and taught school in Walcott Township for two years.

Lorraine was united in marriage to Arlin Evenson on August 22, 1953 at Viking Lutheran Church. The couple lived in Breckenridge, MN for most of their married life and raised their six children. She worked for Four Seasons Greenhouse in Breckenridge for nineteen years and when that got a little tougher she went to work as a teacher's aid, first in Wahpeton then in the Breckenridge School District for ECFE for twelve years.

Lorraine was a member of Breckenridge Lutheran Church where she was active in the Ladies Circle, Quilting Guild, and was a Sunday School teacher. She was also a member of the Eagles Auxiliary, Breckenridge Fire Auxiliary, and an active member of the local ARC. She liked to attend Lutefisk suppers, sew, and play cards. She was known to go to the casino some times and in her younger years she kept a garden and canned the fruits of her labor.

She was preceded in death by her parents, Selvan and Sarah Lee, her son, Jerome, her son-in-law, Gerald Tschida, her five brothers and five sisters.