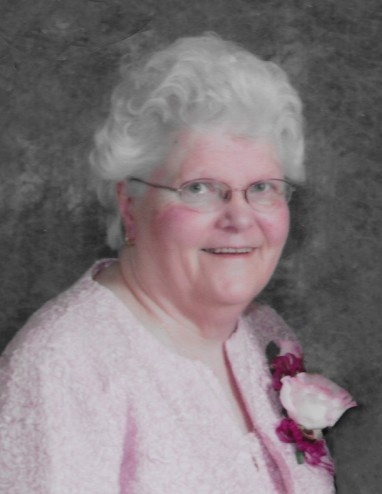 Lucy L. Mahler, 88, of Breckenridge, MN passed away Wednesday, May 30, 2018 at CHI St. Francis Nursing Home after a lengthy battle with Parkinson’s disease and diabetes.  Visitation will be Monday, June 4, 2018 beginning at 10:00 am followed by the funeral service at 11:00 am at Bethel Lutheran Church, Wahpeton, ND, with Pastor Erika Buller officiating. Interment will be at Fairview Memorial Gardens in Wahpeton.  Arrangements have been entrusted with Vertin-Munson Funeral Home, Wahpeton, ND.

Lucy Lila (Davison) Mahler was born December 31, 1929 in Wahpeton, ND to Lee & Ruby (Donnan) Davison.  She grew up on a farm near Tintah and was active in 4-H and her church.   She graduated from Tintah High School in 1947.  After graduation, she attended the State School of Science in Wahpeton, ND.  She worked at Sagness Variety in Breckenridge before moving to Minneapolis, MN to work at the Federal Reserve Bank.

Lucy married Charles Hardie on October 28, 1951 at the Congregational Church in Tintah, Minnesota.  They made their home on a farm in LaMars Township where they raised their three children.  They enjoyed traveling and spent many winters in Mesa, AZ.  Lucy enjoyed gardening, cooking and baking and was famous for her homemade beet pickles and the Davison Irish holiday tradition – plum pudding.  She also enjoyed puzzles and crafts and made many bead and wire trees for family and friends. She also enjoyed sewing and made numerous quilts out of the leftover scraps from sewing projects.  Lucy’s faith and her family were the most important things in her life.  She enjoyed playing cards and board games with her children and grandchildren and taught them all to play Chinese checkers.  In 2005, she wrote a collection of stories from her childhood called “New Beginnings”.  Lucy had a dry sense of humor, and you never quite knew what she might say!

In 1989, she moved to Wahpeton, North Dakota.   She married Art Mahler December 11, 1993.  They traveled to many parts of the US including the East & West coasts and Hawaii and also to Managua, Nicaragua to visit Art’s brother.  They were visiting North Ridge, California, when the North Ridge earthquake hit in 1994 to which she later told people “Give me a tornado any day!”  She was proud of being 100% Irish and in 2005, she fulfilled a lifelong dream of visiting Ireland with her granddaughter, Liz.  She had an extensive spoon collection of all the places she visited.  She and Art moved to Twin Town Villa in Breckenridge, MN in 2007, and then to St. Francis Nursing Home in 2011.

She is proceeded in death by her husband, Art in 2014; parents, Lee & Ruby; a brother, Clark, in infancy; a sister, Donna Rosenkranz; a grandson, Nathanael Lee Hardie; a step-granddaughter and twin step-great-grandchildren. To order memorial trees or send flowers to the family in memory of Lucy Mahler, please visit our flower store.