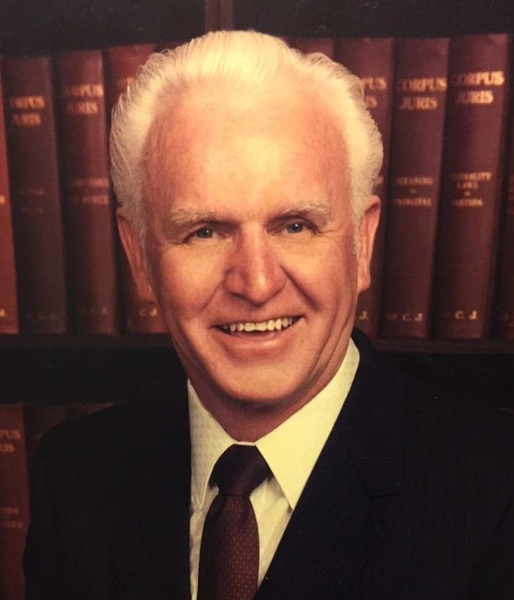 Lynn Lewis Comstock passed away peacefully on July 12, 2017 at Essentia Health Hospital in Fargo ND at the age of 91. He lived his later years at Sienna Court in Wahpeton North Dakota. A private funeral for the family was held on Saturday July 15, 2017 at Vertin Munson Funeral Home in Wahpeton.
Lynn was a quiet, humble and content man with a warm smile and a quick wit. He was a man of few words, but the words he spoke had great meaning. He had countless friends in the Wahpeton area and from his military service. His life was forever changed in November 2001 when the love of his life, his wife Kathryn of 54 years, passed away suddenly.
Lynn was born on February 1, 1926 in Wahpeton ND. He was the sixth of seven children born to Clark Morrell (deceased in 1961) and Mathilda (Kosek)(deceased in 1967) Comstock. Lynn’s six siblings, all now deceased, were Allen, Valeria, Clark, Russell, Marion and Dorothy. While working as a grocery delivery boy during high school, Lynn met Kathryn Mehl, who would become his future wife. Lynn graduated from high school in Wahpeton in 1943 at age 17 and immediately enlisted in the U.S. Navy. He served on the USS Lexington aircraft carrier, and flew many bombing missions as the plane’s navigator. After serving 3 ½ years in the US Navy, Lynn returned to Wahpeton and married Kathryn (Mehl) in October 1947. Together they raised four children, Robert (Dee Lenzmeier) Comstock, Wahpeton, Nancy (Rob Odney), Fargo, Marilyn (Dale Nelson), Fargo, Joan (Don Gorowsky), Lino Lakes, MN, and niece Kay (Valeria’s daughter)(Kerry Kelly), Lake Worth, FL.
Lynn and Kathryn enjoyed many summers at the family cottage on Otter Tail Lake fishing and spending time with family and friends, especially their grandchildren. He was also extremely (and privately) proud of the integrity and growth of Comstock Construction, which he took over from his father and significantly expanded with son Bob and grandson Michael. Lynn is survived by his four children, niece, 11 grandchildren and 14 great-grandchildren.
Lynn and Kathryn will be missed every day.
To order memorial trees or send flowers to the family in memory of Lynn Comstock, please visit our flower store.