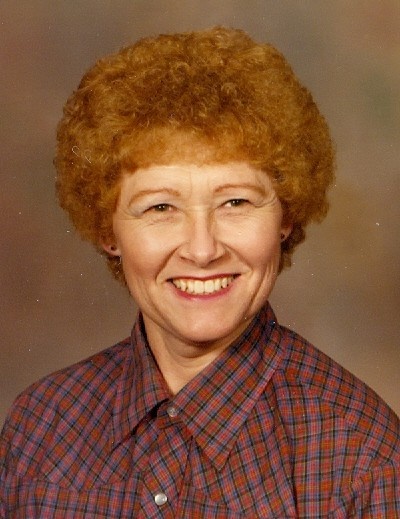 Marcy Johnson, 83, of Breckenridge, MN passed away peacefully, Wednesday, March 21, 2018 at Pioneer Care in Fergus Falls, MN.  Visitation will be Sunday, March 25 from 5 pm - 7 pm with a prayer service at 7 pm at Vertin-Munson Funeral Home, Wahpeton, ND.  A Funeral Mass will be held Monday, March 26, 2018 at 10:30 am, with visitation one hour prior to service at St. Mary's Catholic Church, Breckenridge, MN with Fr. Joseph Backowski officiating.  Burial will be at St. Joseph’s Cemetery in Brushvale, MN.

Marcy was born January 28, 1935 to Albert and Emilia (Rezac) Srnka.  She grew up on a farm north of Wahpeton, ND.  She went to a country school a mile from her home and later graduated from High School in Breckenridge, MN.

In June of 1954, she was united in marriage to Richard Johnson.  They lived on the family farm where they raised their four children.  Richard was a loving and caring husband and father, he passed away in September of 1978.

Marcy enjoyed cake decorating, sewing, reading, and community theatre.  She also loved spending time with her grand-children and great-grandchildren.  She loved a good classic country song and she and Richard were often seen on the dance floor.

In November of 1986, Marcy married Bernard Soukup and she moved to Ellsworth, KS.  She remained in Kansas, living on a farm outside of Ellsworth and later moving to Kanopolis.  Her cowboy “Bernie” died in April of 2010.  At that time Marcy moved back to Breckenridge to be closer to her family.

Marcy worked several different jobs over the years, including waitressing, bookkeeping, and retail.  She managed the local grocery store in Abercrombie and later worked for the county in Ellsworth, KS.

Arrangements have been entrusted to Vertin-Munson Funeral Home in Wahpeton. Marcella's Memorial Folder
To order memorial trees or send flowers to the family in memory of Marcy Johnson, please visit our flower store.