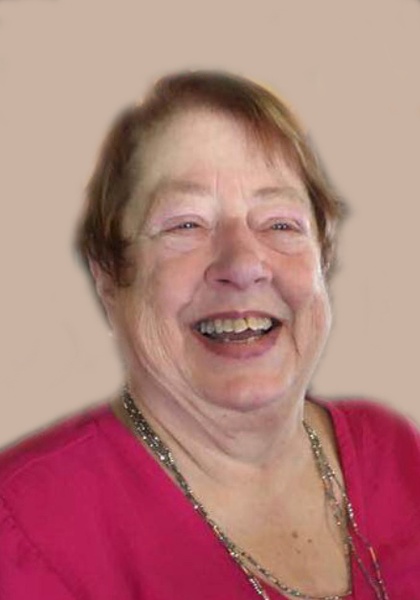 Marie Zach, 74, of Fairmount, ND passed away on Saturday, November 18, 2017 at Sanford Health Palliative Care, Fargo, ND.  Visitation will be from 3:00 pm to 4:30 pm, followed by a celebration of life service at 4:30 pm at Vertin-Munson Funeral Home, Wahpeton, on Friday, November 24, 2017.  Burial will be at Calvary Cemetery, Fairmount.  Arrangements are entrusted to Vertin-Munson Funeral Home, Wahpeton, ND.

Marie was married right out of high school and was blessed with her son, David Sanborn.  She was remarried on August 31, 1974 to Paul Zach, and to this union, she was blessed with two more children, Sherry and Corey.  Marie moved her family to Fairmount in 1974.  Over the years she worked at many different places, including Carl’s Steakhouse, Bob’s Fareway, DJ’s Copper Kettle, as a cook at St. Francis Home, and most recently for Farmer’s Union of the Southern Valley at their many different locations.  Paul passed away on May 23, 2013 and Marie continued to live in Fairmount.

Marie was a very quick-witted person with a one of a kind sense of humor.  You never knew what sort of sassy one-liner you might hear from her.  She was a social butterfly and knew everybody she came in contact with.  Marie was very involved in different cancer organizations, especially breast cancer.

Together, Marie and Paul enjoyed camping and birdwatching.  They loved spending time with their children and grandchildren and following them to their various activities.  After Paul passed away, Marie was able to take many trips down to Omaha, NE to spend more time with her family.

Marie is survived by her children, Dave Sanborn and Sherry (Terry) Landes; her grandchildren, David, Corey, and Zach; and her siblings, Lucille Herman, Marion (Al) Sorum, and Delbert Barringer.

She was preceded in death by her husband, Paul; her son, Corey; and numerous brothers and sisters-in-law.

In lieu of flowers, the family will donate memorials to the Cares For Cancer Foundation. 
To order memorial trees or send flowers to the family in memory of Marie Zach, please visit our flower store.