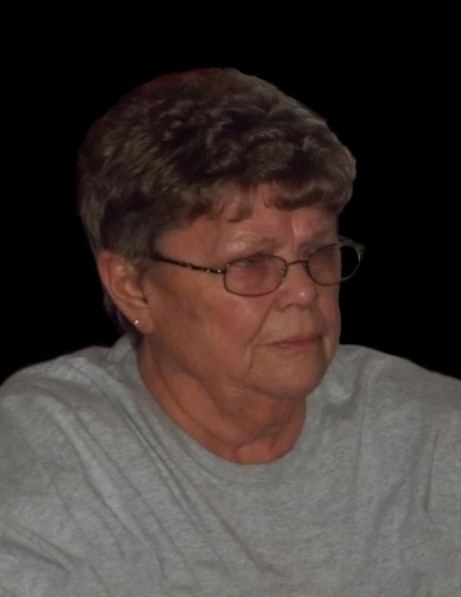 Marilyn Gail Thompson, 81, of McLeod, ND, passed away surrounded by her loving family Friday, June 25, 2021. A Prayer service will be held at 7 pm Wednesday, June 30, 2021, at the Joseph Vertin and Sons Funeral Home in Breckenridge, MN; visitation will begin at 5 pm. Visitation will continue Thursday, July 1, 2021, at 9:30 am with her funeral service beginning at 10:30 am at Bethany Lutheran Church of McLeod, ND. Pastor Wayne Quibell will be officiating. A live stream of the services will be available on the Funeral Home’s website. Arrangements have been entrusted to Vertin-Munson Funeral Home.

Marilyn Gail Thompson was born September 30, 1939, on the family farm in Colfax, ND, to Martin and Nellie (Hollands) Helgeson. She attended school in Colfax and pitched for the softball team before her help was needed full time on the family farm. On June 20, 1959, she married the love of her life, Orrin “Gunny” Thompson. The two settled down ranching in the McLeod area and raised their two children, Kimberly and Michael.

Marilyn could always be found out at the farmhouse, but in the morning, she was right there in the kitchen with a cup of coffee in hand. If she wasn’t at the table, she was in the kitchen cooking or baking for everyone. She kept a clean house, vacuuming several times a day. You were not allowed in the house if there was a chance of dragging mud in, so either you would have to strip to your skinnies on the front porch before lunch or you were staying outside. You knew you were a favorite if you could keep your shoes on in the house. If she wasn’t cooking or cleaning, she could be found sewing, quilting, or embroidery; and when these projects were done, she would relax and play games on Facebook with her friends.

Family meant everything to Marilyn. She would call and talk to her twin Marlene every day, sometimes multiple times per day. Her nieces and nephews would spend the summers on the farm running around playing and helping. There was no sugar coating it for Marilyn, she was to the point, told you how it was, and ran a tight ship. She truly loved and would do anything for her family. When she became deeply sick, she sought out treatment to gain more time with her great-grandchildren. There was nothing she wouldn’t do for them.

She is preceded in death by her husband, Orrin “Gunny” Thompson; her parents, Martin and Nellie Helgeson; her brothers, Martin Jr. and Merlin; and her infant sister Marilyn Fay.

In lieu of flowers, please make a donation to Hospice of the Red River Valley or to the Freeman Cemetery of McLeod, ND.

The Thompson family would like to thank all the many friends, family members, and neighbors for their compassion, love, and support. Marilyn's Memorial Folder
To order memorial trees or send flowers to the family in memory of Marilyn Thompson, please visit our flower store.