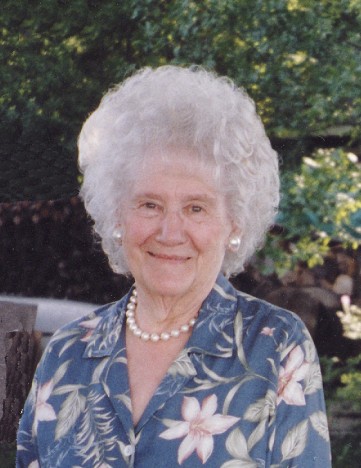 Marjorie Helen Seifert, 92, of Wahpeton, ND passed away on Wednesday, July 18, 2018 at CHI St. Francis Nursing Home in Breckenridge, MN.  Visitation will be held on Wednesday, July 25, 2018 from 1:00 pm to 2:00 pm, followed by the Mass of Christian Burial at 2:00 pm at St. John’s Catholic Church, Wahpeton, with Rev. Tony Welle officiating.  Burial will be at Calvary Cemetery, Wahpeton.  Arrangements are entrusted to Vertin-Munson Funeral Home.

Marjorie Helen Biser was born on October 5, 1925 in Elysian, MN to George and Mabel (Duetch) Biser.  She grew up in Elysian and attended school until the age of 16 when her family moved to New Ulm, MN, where she finished high school, graduating with the class of 1943.  After high school she went to telegraph school for a short while before taking a job working for Western Union.

Marjorie was united in marriage to Willard Seifert on July 3, 1946.  The family made their home in Wahpeton where they raised their children.  Marjorie and Willard ran Seifert’s Jewelry for 56 years.  Marjorie would work with customers that came in while Willard would fix watches and work on other jewelry in the back.

Marjorie was a people person and enjoyed having a conversation with everyone she came across.  She enjoyed spending summers with her children at Ottertail Lake.   She loved dancing to waltzes and polkas at the local Eagles Clubs.

She was preceded in death by her parents, George and Mabel; her husband, Willard; and a brother, Gerald Biser.

A special thank you to the doctors and caregivers at CHI St. Francis Healthcare for  the wonderful care they gave to our mother.