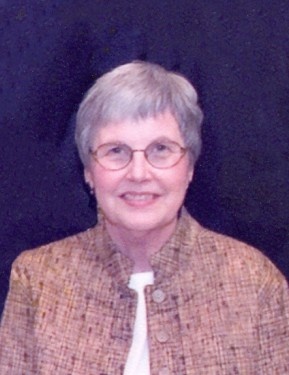 Marlyce Kemmet, age 80, of Wahpeton, ND died peacefully at her home, surrounded by family, on Monday, July 22, 2019 following a brief fight with cancer. Visitation will be on Thursday, July 25, 2019 from 5:00 pm to 7:00 pm with a prayer service at 7:00 pm at Vertin-Munson Funeral Home. Visitation will continue on Friday, July 26, 2019 from 12:00 pm to 1:00 pm followed by the funeral service at 1:00 pm at Bethel Lutheran Church in Wahpeton, with Pastor Mark Asleson officiating.  Graveside Service will be at 11:00 am on Saturday, July 27, 2019 at Dawson Cemetery in Dawson, ND.  Arrangements have been entrusted to Vertin-Munson Funeral Home, Wahpeton.

Marlyce was born August 2, 1938 in Grafton, ND to Norman and Myrtle Hogfoss. The second oldest, she grew up on the family farm outside of Fairdale, ND with her six siblings, Curtis, Raymond, Roger, Norman Jr., Renae and Allan. Marlyce attended school at Fairdale where she participated in several sports, including playing on the 1957 state champion basketball team. She attended college at Mayville State and received a B.A. in Education. After graduation in 1966, she taught at Loma and Harvey Center, ND and Hawley, MN.

In 1967, Marlyce met Eugene Kemmet through her brother Ray. They were married in 1969 in Fairdale and the couple moved to Anaheim, CA, followed by Salinas, CA in 1972. While in Salinas, they added a son to their family, Michael, in 1976. In 1978, the family returned to North Dakota when Gene accepted a teaching position at NDSCS in Wahpeton, where she lived for the rest of her life.

In Wahpeton, Marlyce made a home for her family and became an active member of her church and community. Always willing to help, she was known among her friends and family for donating her time and many, many plates of bars wherever they were needed. She was very active in the Bethel Quilting and Women’s Groups, Wahpeton Homemakers, NDSCS Faculty Wives, and a private birthday club made up of several friends. She was also quite known for many of the same things in the community of Dawson, ND, where her husband’s family farm was located. A fighter, Marlyce battled and defeated cancer twice before facing it a final time this summer.

Marlyce's Memorial Folder
To order memorial trees or send flowers to the family in memory of Marlyce Kemmet, please visit our flower store.