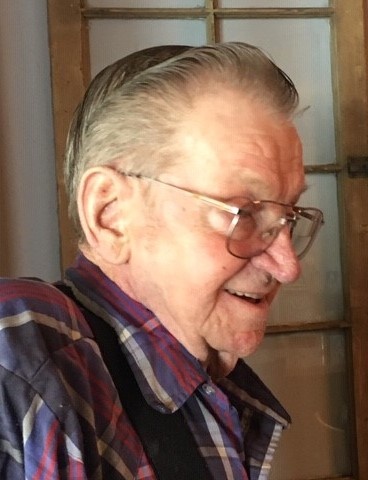 Marlyn Smith, 83, of rural Wahpeton, ND, passed away in his home, on Tuesday, July 14, 2020. Visitation will be held on Friday, July 17, 2020, from 9:00 AM - 10:00 AM followed by his memorial service at 10:00 AM at Vertin-Munson Funeral Home in Wahpeton. A Live Stream of his service will be available on our website. Rev. Ken Adams will officiate the service. Burial will be in Fairview Memorial Gardens, Wahpeton.  In lieu of flowers, donations can be made to the United Church of Christ in Wahpeton.  Arrangements have been entrusted to Vertin-Munson Funeral Home.

Marlyn Allen Smith was born on April 21, 1937 to Ferdinand and Taletta (Buss) Smith on the family farm near Wahpeton, ND.  He attended country school through the 8th grade near Mooreton, ND, and then began working on the family farm.  Marlyn enlisted in the U.S. Army and joined the 5th Armored Division where he was stationed in Germany until he was honorably discharged.  He returned home and was united in marriage to Ethel Andel on August 20, 1959 in Webster, SD.  They made their home on the family farm where they worked and raised their children. He also worked a number of years for an IH dealership as a mechanic.

Marlyn was a lifelong member of the VFW in Wahpeton.  He was very good at fixing anything and everything, and he enjoyed restoring antique farm equipment after his retirement.  The farm was Marlyn’s life; he was born there, raised there, and passed away there, continuing to work until his last day.

He was preceded in death by his wife, Ethel; his parents, Ferdinand and Taletta; three brothers, Louis, Lester, and Lyle; and three sisters, Audrey, Lucille, and Viola. Marlyn's Memorial Folder
To order memorial trees or send flowers to the family in memory of Marlyn Smith, please visit our flower store.