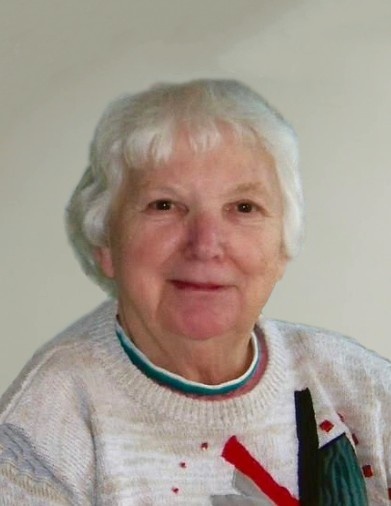 Marlyne Hestdalen, age 84, of Abercrombie, ND, passed away on Wednesday, February 12, 2020, at CHI St. Francis Home in Breckenridge, MN. Visitation will be held Monday, February 17, 2020, from 1 PM to 2 PM, followed by her funeral service at Emmanuel Lutheran Church in Abercrombie. Pastor Meggie Bjortness will officiate the service. Burial will be at the church cemetery at a later date. Arrangements have been entrusted to Vertin-Munson Funeral Home.

Marlyne was born in Secor, IL on July 3, 1935, to George and Nancy Garrels.  After graduating from high school, she worked at the Ford Dealership in Eureka, IL as a Bookkeeper.  Later she worked at State Farm Insurance in Bloomington, IL and later transferred to Lincoln, NE where she met her future husband Donald Hestdalen.  Donald and Marlyne were married on August 31, 1958 and moved to Wahpeton, ND.  She worked at Wahpeton National Bank until 1960.  They moved to Abercrombie and later to the family farm where they raised their sons, Clay, Brett and Tim.

Marlyne was most proud of her family and dedicated her life to raising them.  She enjoyed volunteering at numerous organizations and schools.  She served as an officer at several community organizations including her favorite past times of square dancing and bowling. Don and Marlyne enjoyed wintering in Texas and traveling with friends.  She was a member of Emmanuel Lutheran Church and Treasurer for Friends of Fort Abercrombie.  Above all she cherished spending time with her children, grandchildren, and great grandchildren.

Marlyne was proceeded in death by her parents, George and Nancy Garrels; her brothers, Vernon (Joanne) and Robert Garrels. Marlyne's Memorial Folder
To order memorial trees or send flowers to the family in memory of Marlyne Hestdalen, please visit our flower store.