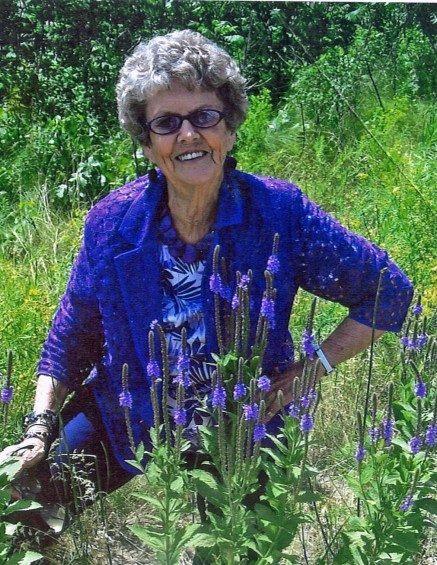 Marlys J. Hoeft, 85, Wahpeton, ND passed away Friday, November 9, 2018 at the Leach Home in Wahpeton. The Funeral Service will be 11:00 am, Wednesday, November 14, at Evergreen United Methodist Church, Wahpeton with visitation one hour before the service. Visitation will be Tuesday, November 13, from 5 PM to 7 PM with a 7 PM Prayer Service and sharing at Vertin-Munson Funeral Home. Interment will be at Fairview Memorial Gardens, Wahpeton. Arrangements are entrusted with Vertin-Munson Funeral Home, Wahpeton.

Marlys Jean (Brosowske) Hoeft was born June 16, 1933 the daughter of Herman and Helga Brosowske at Colfax North Dakota. She was brought into this world by her grandmother Berit Bakken. Marlys was baptized and confirmed at Peace Lutheran Church in Barney and attended rural school at Nansen #3. Her first year of high school was at the Antelope Consolidated School and she completed high school in Wahpeton. She attended the North Dakota State School of Science in Wahpeton and received a degree in business. Her very first job during high school was de-tasseling corn; she also worked for Montgomery Ward, then went on to a banking career with Citizens National Bank.

Marlys married her High School sweetheart, Eugene Hoeft, on February 20, 1954. In 1956, Eugene was drafted into the Army and was stationed at Fort Chaffee in Fort Smith Arkansas. During this time their first daughter, Wanda Rae was stillborn on June 4, 1957; she was buried at the National Cemetery in Fort Smith. Happiness blessed our life on October 20, 1958 as Lisa Jean was born. We finally got to have and hold our first child, she was so beautiful to us. Eugene was discharged in December of 1958, and we returned to North Dakota to show off our family.  It was so thrilling to place our daughter into her grandparent’s arms for the first time. Eugene farmed and Marlys was employed by Valley Farmer store as a bookkeeper and sold men’s neckties door-to-door. She assisted her husband in the farming operation, being Eugene’s primary truck driver during harvest and preparing machinery for the season so there was no need to hire help. On November 19, 1964 Shelle Renee was born so our family was complete. She too was beautiful. We were so fortunate to have two girls.

Marlys taught Sunday school when her children were young and was a member of the women’s circle in church. She loved visiting nursing homes and caring for those who were lonely or disabled. In 1969, Eugene and Marlys moved to Willmar, MN when it was time for Shelle to go to school. At that time, North Dakota’s only option was to send Shelle to the school for the deaf. They thought it would be better for Shelle to be mainstreamed into a regular school and Willmar was the closest option. They made their decision to give Shelle the best life possible despite the sacrifices.  Willmar was always their second home until Marlys sold their home after Eugene passed away. The friendships and life they had in Willmar were a very important part of their life.

Marlys began her real estate career when she sold her parents farm site at rural Colfax. Her mother encouraged her to pursue that career. She obtained her Real-Estate License while living in Willmar and it was the highlight of her life; she loved her job, especially helping clients choose their first home.

Marlys served on the Minnesota State Council for the handicapped and chaired a Governor’s Conference for the handicapped. She also served several years on the board for the Red River Human Services. Marlys enjoyed her social life. She loved having coffee with friends and the Foxy Red Hat group. She started a Marlys Club in Willmar, the club grew to nearly 100 members from all over the United States. She enjoyed going on mystery tours, concerts, and any social event that was happening.

Marlys loved her 4 grandchildren and gave them some valuable memories that hopefully they will never forget. She was blessed with 5 great-grandchildren; Maddie, Avery, Hadley, Parker and Peyton. Her philosophy was honesty, kindness, good work ethics, caring for those in need, and trusting in the Lord, and to remain faithful in all areas of her life.

Marlys's Memorial Folder
To order memorial trees or send flowers to the family in memory of Marlys Hoeft, please visit our flower store.