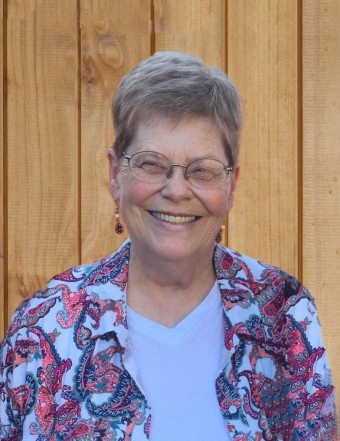 Marlys E. Smith, 78, of Wahpeton, ND, passed away on Friday, March 25, 2022, at Eventide in Fargo, ND.  Visitation will be held at Vertin-Munson Funeral Home in Wahpeton, on Thursday, March 31, 2022, from 1 pm to 2 pm followed by her memorial service at 2 pm. René Hasbargen will officiate the service. Burial will be held at a later date.  A live stream of her service will be available on the funeral home's website. Arrangements are entrusted to Vertin-Munson Funeral Home.

Marlys Elaine Singelman was born on November 16,1943, to Welford “Hap” and Lila (Hoffman) Singelman in Breckenridge, MN. She grew up and attended school in Wahpeton. In 1963, she married Terry Lehman and they made their home in Breckenridge raising their family while she worked at the Daily News. After parting ways, Marlys began managing gaming sites around town.  She then met and married Ray Smith.

Marlys was caring, outgoing, happy, loved telling jokes, and everyone referred to her as “Ma”. She enjoyed movies, going to casinos with her family and friends, bowling, playing softball, hunting, and Papa John’s pizza! Marlys worked for many years dealing blackjack at the Eagle’s Club and the Vet’s Club and worked gaming for Red River Human Services in Fargo and Wahpeton. She was always willing to work when needed.

In lieu of flowers, memorials may be given to the Richland-Wilkin Humane Society. Marlys's Memorial Folder
To order memorial trees or send flowers to the family in memory of Marlys Smith, please visit our flower store.