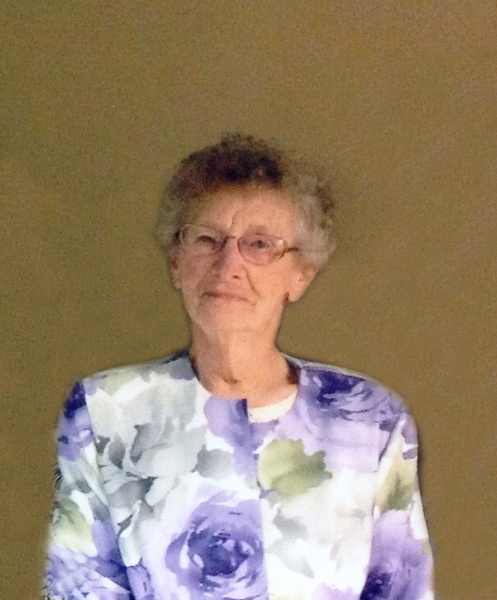 Martha L. Berndt, 95, Wahpeton, ND, passed away Tuesday, September 12, 2017 at St. Catherine’s Living Center, Wahpeton, ND. The Funeral Mass will be Friday, Sept. 15, 10:30 a.m. at St. John’s Catholic Church, Wahpeton, with Rev. Dale Lagodinski officiating. Visitation will be Thursday, from 5 PM to 7 PM with a 7 PM Prayer Service at Vertin-Munson Funeral Home, Wahpeton. There will also be visitation one hour before the service at the church on Friday. Interment will be at Fairview Memorial Gardens, Wahpeton. Arrangements are entrusted to Vertin-Munson Funeral Home.

Martha was born February 19, 1922, in rural Colfax, ND, the daughter of Charles and Anna (Kepper) Grotluschen. She was united in marriage to Elmer Berndt on August 10, 1942 at Webster, SD. The couple made their home in Wahpeton. Martha worked for Swifts in Breckenridge and Emery’s in Wahpeton before starting her employment with NDSSS where she worked in food service for many years. Elmer passed away March 27, 1995, Martha continued to live in Wahpeton.

Martha was a member of St. John’s Catholic Church in Wahpeton. She kept busy making quilts, embroidering and crocheting. She had several bird feeders in the yard and loved to watch the birds and the squirrels. Her special time was making cookies for her grandchildren.

She was preceded in death by her parents, her husband Elmer, her son, Wayne, and two brothers, Matt and John Grotluschen. To order memorial trees or send flowers to the family in memory of Martha Berndt, please visit our flower store.