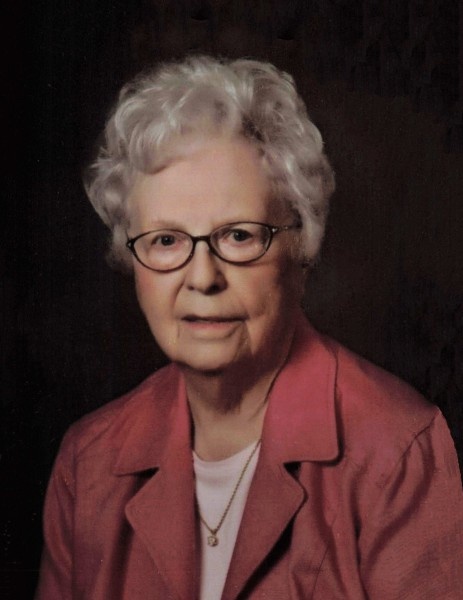 Martha M. Manikowske, age 100, of Wahpeton, ND, passed away on Wednesday, August 4, 2021, at CHI St. Francis Health in Breckenridge, MN. Visitation will be held at Bethel Lutheran Church in Wahpeton on Wednesday, August 11, 2021, from 10 AM to 11 AM followed by her 11 AM funeral service. Pastor Jake Dyrhaug will officiate the service. Burial will be in Faith Lutheran Cemetery in Dwight, ND. Arrangements have been entrusted to Vertin-Munson Funeral Home, Wahpeton.

Martha Marie Johnston was born on April 16, 1921, to Sayles and Ethel (Patterson) Johnston in Rolla, ND. She grew up there and graduated from Rolla High School in 1939. She furthered her education at SCS in Minot, ND, North Dakota State College of Science, and Seattle Best College.

In 1942, Martha enlisted in the United States Women’s Army Auxiliary Corps and attended Army Radio School in Kansas City, MO. She obtained the rank of Technician 5th Grade before being honorably discharged in August of 1943. On July 14, 1945, Martha married Thomas E. Manikowske, on an Air Base in Moultrie, GA. After the war, they moved to the Manikowske family farm in Mooreton, ND, where they raised their three children, Penny, Bonny, and Thomas. They moved to Wahpeton in 1995.

Martha and Tom farmed, had a bee/honey business, and owned a shop where they built and commercially sold apiary equipment. During their free time, they traveled and played in several bridge clubs and tournaments. She was a Bridge Life Master and had a large display of their trophies. Thomas passed in 1999.

Martha was also a member of Bethel Lutheran Church, Richland County School Board, Women’s Auxiliary, a Girl Scout Leader, Cub Scout Troop Leader, Sunday school teacher, and PTA Officer. Above all else she was a loving mother, wife, and friend. Martha's Memorial Folder
To order memorial trees or send flowers to the family in memory of Martha Manikowske, please visit our flower store.