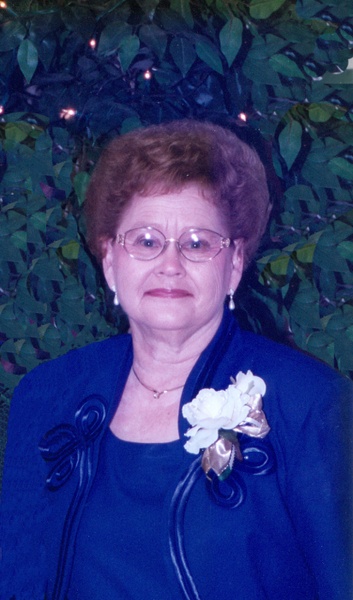 Mavis Doris Matt was born on January 2, 1934 in Wahpeton, ND to Ludwig and Ella (Gast) Matt.  They lived on a farm in Center Township near Wahpeton until her family moved to a dairy farm in Breckenridge, MN.  She attended school in Breckenridge and graduated from Breckenridge High School.

Mavis was united in marriage to Willard Onchuck on May 6, 1951 at Immanuel Lutheran Church in Wahpeton.  The couple were married for 66 years.  During those 66 years, they raised their five children on a farm West of Wahpeton.  Mavis passionately devoted her life to being a wife, mother, and grandmother to her loving husband and family.  She took great pride in the farm that they built and her gardens and flowers that bloomed with love.  Mavis also spent time volunteering at St. Catherine’s Living Center in Wahpeton. Mavis's Memorial Folder
To order memorial trees or send flowers to the family in memory of Mavis Onchuck, please visit our flower store.