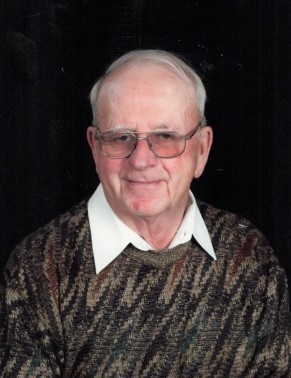 This funeral service will be live-streamed at 1 PM, Friday, December 18, 2020, and will appear below the obituary.

Meryl Thayne Hansey, age 84, of Wahpeton, ND, passed away surrounded by love on Tuesday, December 15, 2020, at the Leach Home in Wahpeton. Due to the current health concerns impacting the country, a private family service will be held on Friday, December 18, 2020. The family invites you to view the live-streaming of the service on Meryl’s obituary page, www.vertinmunson.com, at 1 PM, Friday, December 18, 2020. In lieu of flowers, donations can be made to The Leach Home in Wahpeton. Arrangements have been entrusted to Vertin-Munson Funeral Home.

Meryl was born April 4, 1936, the youngest child of Selmer and Rose (Hoth) Hansey in Bowman County, ND. He attended rural grade school there (taught by his sister!) and at a very young age began working on the farm while his older brothers were away serving during WWII. Meryl joined the US Army in 1954 and served in Kaiserslautern, Germany. Upon discharge, he returned to Bowman and married Mona Bertrand. Meryl took employment with the ND State Truck Regulatory and was transferred in 1965 to Wahpeton, which he has since called his home. Meryl worked as a farmer, a mechanic, owner of Meryl Hansey Construction, for Richland County as a Deputy Sheriff, the Chief Correctional Officer of the Richland County Jail, and for the State of North Dakota Parole and Probation Department.

In his strong belief of service and community, he taught Sunday School at Bethel Lutheran Church, manager of the Eagles, member of the Fire Department, Buffalo Club, American Legion, and served the City of Wahpeton for a combined 23 years as a Councilman and Mayor. Meryl's Memorial Folder
To order memorial trees or send flowers to the family in memory of Meryl Hansey, please visit our flower store.