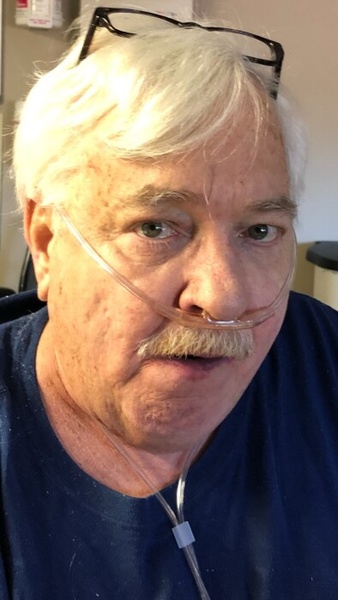 Michael was born November 1, 1954, as the first (and only) son of Dean and Lucillia Buchanan at Wesley Hospital in Wadena, MN.

He attended Deer Creek School and spent time in the US Army before showing off his skills as a crane operator in a scrapyard in the state of Washington, eventually running scrap with his dad, Dean - a job they bonded over doing together. Mike also shared another talent with his community, when he went to work with his mom, at Lucy’s Cafe as a cook and the expert soup maker.

Mike’s love and loyalty for others would lead him to Vining and eventually a bit of mischief. After some hard-taught life lessons, Mike would be led back home to live with his mother for some time before she moved into assisted living. Mike eventually moved to North Dakota to be closer to his mom.

Mike was married 3 too many times but was fortunate enough to become a dad to 5.

Mike was a top-notch mechanic who loved to tinker on his Harley trike. He enjoyed sharing his hobby of the Harley with others - including taking his 70-year-old grandmother on rides.

“Ain’t here for a long time, just here for a good time” was how Mike lived his life. He enjoyed bullsh*tting with anyone and everyone, cracking jokes, and canning salsa, and making jelly with his mom and sisters.

Mike is survived by his mom, Lucillia; as well his daughter, Shannon; and sons, Mike, Ryan, and Christopher; his sisters, Pam, Vicky, Sandy, and Brenda; and a slew of grandchildren, nieces, and nephews. He is preceded in death by his dad, Dean; and infant daughter, Nicole; as well as his grandparents, Clara and Dell Buchanan and Evelyn and Thomas Marsh; and nephew, Jesse McManigle.

To order memorial trees or send flowers to the family in memory of Michael Buchanan, please visit our flower store.