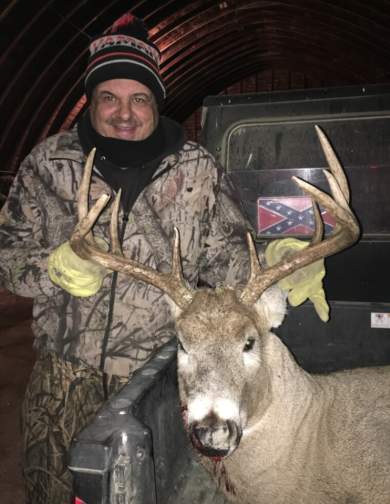 Michael “Mike” W. Fenske, 45, of Great Bend, ND, passed away on Wednesday, January 6, 2021, surrounded by his family under the care of Hospice of the Red River Valley. Visitation will be Sunday, January 10, 2021 from 2:00 PM to 4:00 PM followed by a prayer service at 4:00 PM at Vertin-Munson Funeral Home in Wahpeton.  Visitation will continue on Monday, January 11, 2021 from 9:00 AM to 10:00 AM followed by his funeral mass at 10:00 AM at St. John’s Catholic Church in Wahpeton. Mike’s family asks that you dress casual for his service. A livestream of his service will be available on the funeral home website. Burial will be at a later date.  Arrangements have been entrusted to Vertin-Munson Funeral Home.

Michael Wayne Fenske was born on March 3, 1975 in Breckenridge, MN, to Bruce and Sandy (Leinen) Fenske. He spent his childhood growing up in Great Bend, ND. He helped his family on the farm where he and his brothers planted a large garden and also raised pheasants. In his own time he enjoyed playing Baseball and participating in both 4H and FFA, where he was awarded several state, national and proficiency awards. He attended elementary school in Great Bend and later graduated from Wahpeton High School in 1993.  After high school, he attended NDSCS in Wahpeton where he studied agriculture.  Mike was united in marriage to Sonja Urlacher on December 9, 2005 at St. Philip’s Catholic Church in Hankinson, ND. They made their home in rural Hankinson where they raised their son, Garret. Together they enjoyed their time going on family vacations and hunting in western North Dakota.

Mike enjoyed spending his time outdoors, hunting, fishing, snowmobiling, and watching and attending NASCAR races.  He loved spending time with his son, Garret, who was the center of his world.  Mike lit up all rooms he would walk into, filling the room with laughter from his many jokes. He will be dearly missed and remembered not only by his family but by his many friends.

Mike was preceded in death by his grandmothers, Margaret Leinen and Mae Fenske.

In lieu of flowers, donations can be made to Richland County Pheasants Inc., Red River Area Sportsmen’s Club, the Wahpeton Huskies Trap Team, or your local hospice organization.