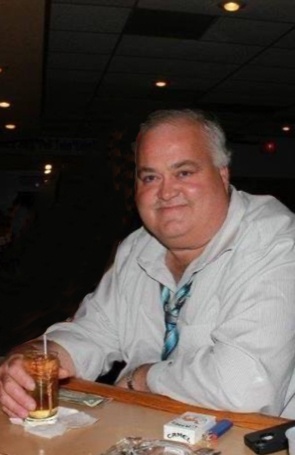 Michael “Mike” Luebke, 53, of Breckenridge, MN, passed away on Sunday, November 10, 2019 at Sanford Medical Center in Fargo, ND.  Visitation will be held on Monday, November 18, 2019 from 10:00 AM to 11:00 AM, followed by his memorial service at 11:00 AM at Vertin-Munson Funeral Home, Wahpeton, ND.  Rev. Mark Manning will officiate the service.  Burial will be at Fairview Memorial Gardens in Wahpeton.  Arrangements are entrusted to Vertin-Munson Funeral Home.

Michael Robert Luebke was born in Breckenridge MN to Robert & Leona (Hagen) Luebke. He grew up in Wahpeton where he attended school. After he graduated, he remained in Breckenridge and worked as a Self-Employed Contractor for the past 30 years. He had various jobs, but he was contracted with the Wahpeton Daily News and The Forum.

Mike had many hobbies and was quite the handyman. He enjoyed building things and collecting items. You could always find him outside building or fixing something.

He was a friendly guy that could always get a smile out of someone. He cherished his family and friends and enjoyed socializing. Mike had a special friend, his dog, Spike that he cared for very much.

Mike was a kind soul and will forever be missed.

He is proceeded in death by his Father, Robert Luebke; his Grandparents, Iver and Myrtle (Berg) Hagen and Lester and Helen (Kline) Luebke.