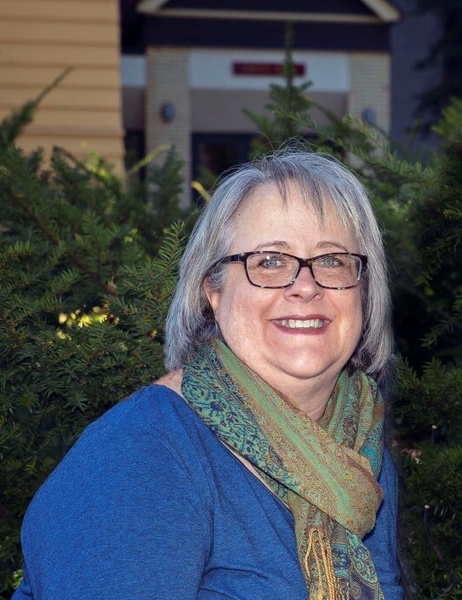 Michelle “Micky” P. Gjerdevig, age 53, of Wahpeton, ND, went to join her heavenly family on Sunday, June 7, 2020, at Sanford Medical Center on Broadway in Fargo, ND after a long and courageous battle with cancer. Visitation will be held on Thursday, June 11, 2020, from 5 PM to 7 PM followed by her 7 PM prayer service at Vertin-Munson Funeral Home in Wahpeton. Visitation will continue on Friday, June 12, 2020, from 12 PM to 1 PM., followed by her funeral service at the NDSCS Earl “Skip” Bute Alumni Stadium in Wahpeton. Please wear your favorite sports team attire to the visitation and service. Burial will be in Fairview Memorial Gardens, Wahpeton. In lieu of flowers, donations may be made to a charity of your choice in memory of Michelle.  Arrangements have been entrusted to Vertin-Munson Funeral Home.

Michelle was born on May 25, 1967, in Detroit Lakes MN to Harlan and Pearl (Pederson) Kihn.  She grew up there and graduated from Audubon high school.

Michelle’s work history included Sunnyside Nursing home in rural Lake Park, MN, Villa Maria, and Renier Optometric clinic in Fargo.  When they moved from Fargo to Wahpeton in 2001, she worked at St. Catherine’s and Prairie Vision Center, followed by Richland County.  She worked in the jail as a cook, and in Public Health and the Sheriff’s Office as an administrative assistant.  She retired in 2019.

Michelle was a die-hard Minnesota Vikings fan.  Every year, for many years, she went to one “away” football game with family.

The thing Michelle was most proud of was her boys Alec and Logan.  She was always on the sidelines of wrestling and football games.  She was a very proud Husky parent.

She was preceded in death by her mother, Pearl Kihn and brother, Gary Kihn.