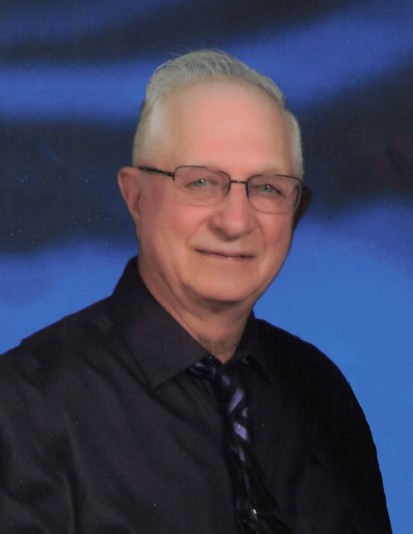 Mike Krug, 88, of Wahpeton, ND, passed away on March 12, 2022, at Sanford Medical Center in Fargo, ND, surrounded by his family.  Visitation will be held on Wednesday, March 16, 2022, from 3:30 PM to 5:30 PM, followed by a prayer service at 5:30 PM, and a rosary after the pray service, at Vertin-Munson Funeral Home in Wahpeton.  Visitation will continue at St. John’s Catholic Church, Wahpeton, on Thursday, March 17, 2022, from 10:00 AM to 11:00 AM, and the Mass of Christian Burial at 11:00 AM.  A live stream of his services will be available on his obituary page on the funeral home’s website.  Burial will be held at a later date at Fargo National Cemetery, Harwood, ND.  Arrangements have been entrusted to Vertin-Munson Funeral Home.

Mike was born September 20, 1933, at Hirschville, ND, to Mike P. Krug and Mary Krug (Gillenberg).  He grew up in Taylor and Regent, ND.  He was the second youngest of four brothers and four sisters.  He joined the Army in 1954 and served during the Korean War at Bordeaux France as an ambulance driver.  After his discharge from the Army in 1956, he spent eight years in the reserves and two years in the National Guard.

He met the love of his life, Evelyn Waddell, of Mott, ND in 1956. They were united in marriage on July 24, 1956.  They were blessed with six children, three daughters and three sons.  In the fall of 1956 Mike went to NDSSS where he earned his degree in auto mechanics.  Mike became the first certified mechanic in ND.  He worked in Regent and Hettinger, ND, and later at Knife River Coal Mine in Gascoyne, ND, until he retired in 1989.  In 1990 he opened Mike’s Repair, a small engine repair business in Bucyrus, ND.  He bought and maintained a fleet of golf cars and leased them to the golf course in Hettinger, ND.

Mike was an avid golfer and a talented musician and enjoyed playing for special occasions and dances.

In 2012 a wildfire went through Bucyrus, ND. After losing everything they moved to Wahpeton, ND, to be closer to friends and family.

He is survived by his wife, Evelyn of 65 years; his six children, Jackie Anderson (Lee), Pat Krug, Mary Jo Gallagher (Dan), Kevin Krug (Lynne), Charlene Jackson, and Jeremy Krug; and twenty-two grandchildren; thirty great-grandchildren; and numerous nieces and nephews.  He was preceded in death by his parents and four brothers and four sisters.