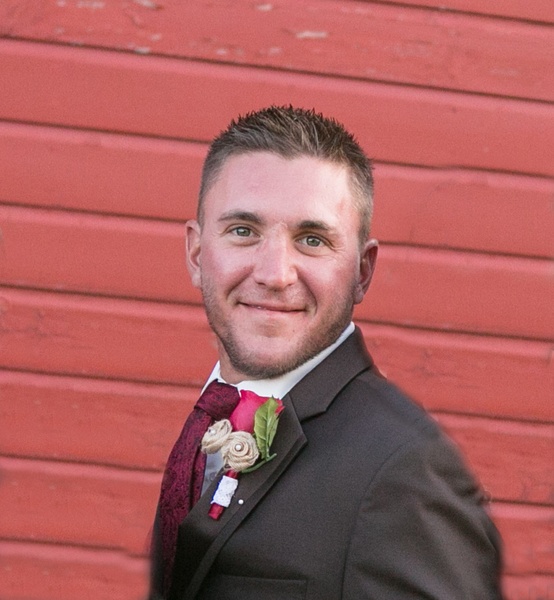 Nicholas James Helgeson, 29, of Fargo, ND, died Sunday, February 26, 2017, at Central Florida Regional Hospital in Sanford, Florida. Visitation will be on Monday, March 6, 2017 from 5:00 pm to 7:00 pm, with a prayer vigil at 7:00 pm at St. John's Catholic Church, Wahpeton, ND. The funeral mass will be on Tuesday, March 7, 2017 at 10:00 am at St. John's Catholic Church with Rev. Dale Lagodinski officiating. Burial will be at Calvary Cemetery, Wahpeton. Arrangements have been entrusted to Vertin-Munson Funeral Home, Wahpeton.

Nick was born August 20, 1987 to Melissa Prochnow and Jamie Helgeson in Breckenridge, Minnesota.

He grew up on a farm near Hankinson, ND, and attended Hankinson High School. He attended North Dakota State College of Science in Wahpeton, ND. He spent his youth and his entire adult life working on the family farm with his stepfather, Richard Prochnow. He also worked as a truck driver and heavy equipment operator.

Nick's greatest passion was his motorcycle and the freedom of the open road. On Saturday, February 25, he was on the motorcycle adventure of a lifetime, riding with his step-father from Cape Coral, FL to the Daytona 500, in Daytona, FL, a dream come true for him.

As Nick came around the bend of a two-lane highway, an oncoming driver accidentally veered into his lane, striking him head-on. He died in the hospital the next day, surrounded by family and love. His organ and tissue donations will help dozens of people.

Nick was an exceptionally forgiving person. He would want others to look with compassion on the driver of the car that struck him – and to pray for her as they do for him.

Nick was fearless and bold in life, determined to experience all the adventure and joy and love to its fullest. He was an excellent dancer. He loved music. Whiling away the night on the dance floor with friends or listening to music at local venues was a favorite for him. Four-wheeling, snowmobiling, tubing down the Ottertail River, mud-running in his truck with his buddies, a bonfire at the lake with family – these were a few of his joys. His infectious laugh, smile and daring nature will be sorely missed.

Nick was warm, loving and unconditionally accepting of others. Family, friends and even strangers often found themselves wrapped in his bear hugs. He was quick with a joke, a welcoming gesture or a philosophical conversation. He took special joy in the relationships he shared with the dozens of children in his life, brothers, sisters, cousins, and the children of friends. He loved and understood them intuitively, and they adored his charming, playful nature.

Nick was loved immensely and leaves behind many broken hearts.

To order memorial trees or send flowers to the family in memory of Nicholas Helgeson, please visit our flower store.