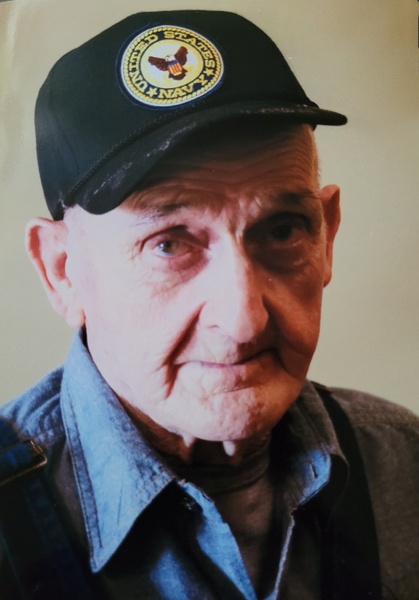 Olin Bruce Trove, 83, received his final orders to his heavenly home on Friday, October 8, 2021, and passed peacefully in his sleep.  A graveside service will be held at Viking Cemetery in Wyndmere, ND at 11 am Thursday, October 14, 2021. Arrangements have been entrusted to Vertin-Munson Funeral Home of Wahpeton, North Dakota.

Olin Trove was born August 11, 1938, to Theodore and Borghild (Stubjeon) Trove in Fargo, ND. He attended the Viking Township schoolhouse till his 8th-grade year when his father needed help on the family farm.

In January of 1957, Olin enlisted in the United States Navy for 20 years. He received an honorable discharge after 20 years of active duty.  He then enlisted for another five years in the Naval Reserves.  His military career took him all over the world including sailing the seven seas. He became an official member of the Neptune Club. Olin was stationed on both the East and West coasts in the United States multiple times.  During his many deployments, he traveled to Japan, the Philippines, Australia, Hong Kong, Spain, Germany and was deployed to Vietnam during the Vietnam War.  During his military career, he received many awards, medals, and ribbons.

In 1961, Olin was wedded to Rose Marie Castro while he was stationed in Long Beach, California. Together they had three children - Ted. Marta, and Erik. After Olin’s retirement from the military, he lived in Sunny Mead, California.  Soon after his divorce, Olin relocated to Texas and worked at various jobs. He returned to the Wahpeton, North Dakota area before returning and retiring in Texas and worked for his brother.

In 2008, Olin moved to Fargo, ND, and resided there until he fell ill and relocated to the North Dakota Soldier’s Veterans Home in Lisbon, ND. He enjoyed visiting with the staff and residents while residing there and loved to navigate the landscape at the Soldier’s Home.

Olin loved reading, watching westerns, working with his hands, and visiting with his family and friends. He was “fiercely independent” and had a very big heart.

He is preceded in death by his parents, Theodore and Borghild Trove; and his brothers, Theodore “Bud” Trove and Gene Trove. In lieu of flowers, please donate to any Veteran’s organization or Hospice.

To order memorial trees or send flowers to the family in memory of Olin Trove, please visit our flower store.