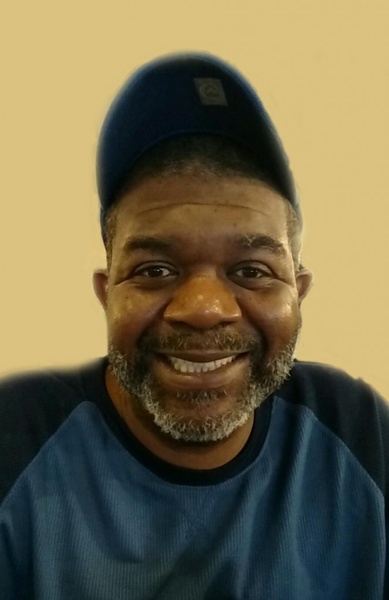 Orlando Burns, 46, Fairmount, ND passed away on Friday, August 25, 2017 under the care of CHI-Health at Home-Hospice. The visitation will be on Tuesday, August 29, from 5 PM to 7 PM followed by the Memorial Service at 7 PM at Vertin-Munson Funeral Home, Wahpeton, ND. Burial will be at Florence National Cemetery, Florence, SC. Memorials are preferred. Arrangements are entrusted to Vertin-Munson Funeral Home, Wahpeton, ND.

Orlando was born on November 1, 1970 the oldest of four children to Wilbert and Hattie (Howard) Burns in Cheraw, SC. He grew up in Cheraw and graduated from Cheraw High School in 1988. In 1989, he enlisted in the US Air Force and served in Desert Storm/Shield and transferred to the Grand Forks Air Force Base in 1993. He was Honorably Discharged in 1994.

During his time in Grand Forks, Orlando met Lisa McMahon and to this relationship three children were born. He lived in North Carolina where he worked for a textile factory and then moved to Fairmount, ND in 2006 where he worked at the flour mill in Fairmount, as well as other jobs.

Orlando was an easygoing, loveable person who at times could be stubborn but level headed. He was active in the Fairmount community be it helping coach youth in Fairmount sports , driving bus, or helping with the American Legion and Babe Ruth baseball teams. He loved music, baseball and softball and liked to BBQ. He was most of all a Dad who was proud of his children’s achievements whether it was sports, academics, or anything else.

Orlando will be greatly missed by his children, D’Angelo, Malique, and Harmony Burns, their mother, Lisa McMahon, his parents, Wilbert and Hattie Burns, his brothers, Miguel and Jeremy Burns, his sister, Angel Burns, a grandson, Zayden and his grandmother, Mary Howard.

He was preceded in death by his paternal grandparents, Vander and Rebecca Burns, and his maternal grandfather, Jesse Howard, Sr.