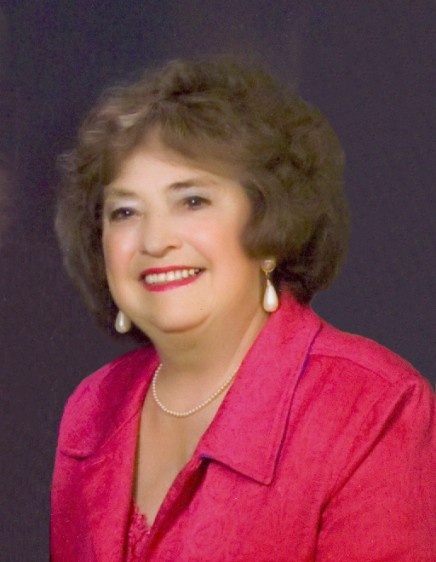 Patricia A. Ward, age 84, of Wahpeton, ND, passed away on Saturday, May 16, 2020, at Sanford Medical Center in Fargo, ND. Visitation will be held on Friday, May 22, 2020 from 12 PM to 1 PM, followed by a 1 PM memorial mass at St. John’s Catholic Church in Wahpeton. Fr. Dale Lagodinski will officiate the service. Inurnment will be in Fairview Cemetery in Wahpeton. All attendees are required to wear a face mask to enter the church. Arrangements have been entrusted to Vertin-Munson Funeral Home.

Patricia Ann Mergens was born on December 17, 1935, in St. Paul, MN to George and Blanche (Vollhaber) Mergens. As she grew up, she attended St. Paul Central High School where she graduated in 1953.

She started working part-time in 1951, at the St. Paul Dispatch and Pioneer Papers.  Later, she worked full-time at the paper after graduation and continued to work there for seven years.  She maintained many of those friendships over the years as she stayed in touch with them after leaving the paper.

In 1957, she met Raymond Ward of Mooreton, ND and a year later, they were married in Dent, MN.  For almost 20 years, they lived on the family farm near Mooreton, ND where they raised their three sons, Steven (Lorrie) of West Minister, CO, Kevin (Gina) of Independence, MN and David (Cindy) of Wahpeton, ND.  In 1976, Ray & Pat moved into Wahpeton, ND.  She thoroughly enjoyed her life on the farm and loved going out there for visits to the farm later in years, as often as she could.  She also cherished the time she spent with her grandchildren, Chelby & Paige (David), Juliana & Antonio (Kevin), Chantelle & Ryan (Steven); especially during their dance and skating programs.

During the times of her boys growing up, she attended all of their sporting events, music, and school activities.  She occasionally would be the substitute cook at the Dwight Elementary School, where the kids all attended.

She belonged to the St. John’s Catholic Church all of her married life.  As a member she was involved in the women’s circle, choir and many other church activities.  Also, she helped out at Ray’s church, the United Church of Christ of Wahpeton, ND.

In 1993, she became interested in the restoration of the Bagg Bonanza Historical Farm.  She served on the Board of Directors of the farm for over 20 years, holding the position of Secretary and Treasurer.  She thoroughly enjoyed her work on the farm and the many friends which she grew to have known and enjoyed dearly.

She also enjoyed being politically involved.  She was a member of the 25th District Democrats for all of her years in North Dakota and was the Secretary of the organization for several of them.  She worked on many campaigns over the years and attended several state conventions as a delegate.

She is survived by her husband, Ray, of 62 years;  her three sons, Steven, Kevin and David, and their families;  her sister, Carole Butwinick, Henderson, NV; her brothers, Bud Mergens, Woodbury, MN, Gerald (Judy) Mergens, Naples, FL; her sister-in-law, Maureen Mergens, Eagan, MN; and many nieces and nephews.

To order memorial trees or send flowers to the family in memory of Patricia Ward, please visit our flower store.