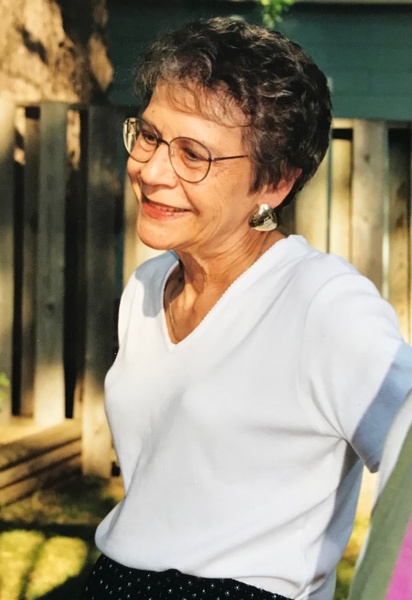 Patricia Ann (Baszler, Schwalbe) Fuchs was born on March 17, 1939, to Jacob and Katherina (Huber) Baszler, at the home of an uncle and aunt, Jake and Emma (Baszler) Huber, in Hazen, ND. She was the eighth of nine children. After the death of her mother, when Pat was 5, she and a younger sister, age 2, were legally adopted and raised by the two oldest sisters and their spouses. She graduated from Hazen High School in 1957, after which she was employed by Oliver Mercer Electric Cooperative. On August 16, 1958, she was united in marriage to Milton Fuchs, at the English Lutheran Church in Hazen. Five children were born to this union. They first lived in Wimbledon, ND; then Valley City, ND; and then in 1971 moved to Wahpeton, where she has since resided.

Once the children were in school, Pat again worked outside the home, holding various positions. She was last employed as a secretary at NDSCS, first in the Alumni Office, and later in the President’s Office. She retired in 2002 after 23 years of service.

Pat was a cancer survivor.

Pat was proud of her children and their accomplishments. She was most proud of all of her grandchildren and great-grandchildren. To her, they were the “frosting on the cake”. Holidays were always special. When the crew gathered, food was plentiful, board games were played, and music was enjoyed.

She was a member of the United Methodist Church, Breckenridge, MN. She served as a volunteer for the American Cancer Society (including Relay for Life events), the Missoula Children’s Theatre, the United Way, and others. When her children were young, she served as a Room Mother, a Cub Scout Den Leader, and assisted with Girl Scout projects. Her hobbies included reading, crocheting, and knitting.

Pat was preceded in death by her husband, Milton; a daughter, Carmen Krause; a son, Lee Fuchs; her parents; and her siblings, four brothers, Edwin, Leonard, Barney and Wally, and four sisters, Rea, Alma, Alice and Carolynn; two nephews and three nieces also preceded her in death.

The family prefers memorials be made to the local Hospice, Roger Maris Cancer Center, American Cancer Society, or a charity of choice. The family would also like to thank all of the dedicated caregivers.

To order memorial trees or send flowers to the family in memory of Patricia "Pat" Fuchs, please visit our flower store.
Open