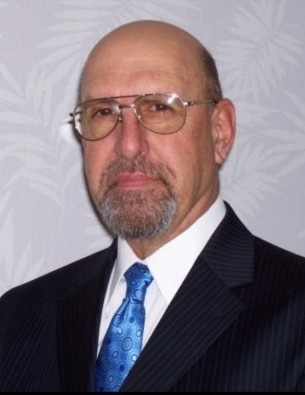 Patrick T. Fields, age 72, of Wyndmere, ND, died July 20, 2019 when his UTV rolled over less than a mile west of 79th Street from Highway 18 outside of Wyndmere. Born to Milo and Irene (Zamzow) Fields on October 24, 1946 in Stevens Point, Wisconsin, he spent his early years living and attending school in Plainfield Lake, Wisconsin until completing 1st grade. Then his family moved to Harvey, North Dakota until the 4th grade and moved again to the Blackfoot Indian Reservation where he attended and graduated from Browning Montana High School.

On August 23, 1967, Patrick married Diana Still Smoking-MacDonald in Onset, Massachusetts and together they had three amazing daughters. He started working for the National Cash Register before returning to school in October of 1968 to receive his 1st Class FCC license at the Elkins Institute in Dallas, Texas. He was then hired by that school to be a Chief Instructor in Seattle, Washington at a different location. In Seattle, he worked for Rocket Research Inc. and was the lead man on the assembly of the Roll Control Landing Engines for the Viking Mission to Mars. He also worked in engineering writing tech manuals for rocket assembly. Rocket Research Inc. assigned him to work with the US Navy and the CIA in Bangor, Washington. He exploited the humans remains retrieved from a Russian submarine that was raised by The Glomer Explorer. After that project was completed, he went to work for the E.G.& G. in Las Vegas, Nevada. There he was assigned to Area 51 as a Radar Operator and Technician. He tested the radar for the Stealth Fighter F-115, The B-2 Bomber, Patriot Missiles, and miscellaneous existing USAF airplanes.

In 1980, he was hired by Montana Power as a Telecommunication Technician and moved around Montana with his family to Shelby, Cut Bank, and Finally Kevin.

His passions were motorcycling, four-wheeling, and snowmobiling with his numerous friends in Montana.

After the passing of Diana in 2007, he remarried to Marcela Barona of Mexico City, Mexico on November 17. They were living in Wyndmere, North Dakota at the time of his death.

Patrick is preceded in death by first wife, Diana; and his parents, Milo and Irene.

He is survived by his wife, Marcela; daughters, Terri (David) Schwartz, Laura (Jeff) Saputo, and Judy (Husband) Subatch; one sister, his 10 grandchildren; and his two great-grandchildren.

To order memorial trees or send flowers to the family in memory of Patrick Fields, please visit our flower store.