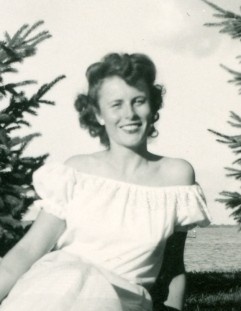 Due to the health concerns currently impacting the country

HAS BEEN POSTPONED TO A LATER DATE.

Pauline Louise Kachelhoffer Worner, 100, St. Francis Nursing Home, Breckenridge, MN, passed away on January 9, 2020.    She was a 1935 graduate of Wahpeton High School and earned a secretarial certificate in 1941 from the Wahpeton State School of Science.

Pauline had extensive roots in the Wahpeton area.  Her grandfather and uncle settled in Wahpeton in the early 1880’s and formed the “Schuler Brothers”, a company that sold farm machinery.  Later the two Schuler brothers started the Northwest Construction Company where they designed and constructed many well known buildings in the area, including buildings in the Schuler Block (Penneys), old gymnasium at the State School of Science, old post office, Wahpeton City Hall, and the original St. John’s Catholic Church. Later her grandfather and father practiced law in the area.  Pauline’s mother, Mabel Kachelhoffer was a teacher and, also, managed the USO Club for the large numbers of military personnel who were trained and educated at the Wahpeton State School of Science in preparation for World War II.

Pauline married Clifford Herbert Worner on August 29, 1936.  They had four children.  Pauline worked for the Richland and Traill County Social Services for many years.  She was always passionate about the welfare and condition of people and organized a thrift store in Hillsboro, ND to help others.  An aspiring writer, it was not uncommon for her to express opinions about various issues in the opinion page of the Farmer Globe/Daily News and Fargo Forum newspapers.  Pauline was an active member of the local Evergreen Methodist Church, Dollars for Scholars, PEO, Silver-Haired Legislature, and many other organizations.   Her favorite past-times were various craft activities, spending time at White Earth Lake, MN, with her family, and shopping wherever she happened to be.  She was a loving wife, mother, and grandmother and provided extensive care to her husband Clifford in his declining years.  Clifford passed away August 19, 2000.

Pauline was preceded in death by her parents, Charles and Mabel Kachelhoffer, an infant brother, an infant son, her husband Clifford, her daughter Linda, and her sister Grace Wiggen.

The family expresses appreciation and gratitude for the support, love, and care provided to Pauline from the members of the Evergreen Methodist Church, her Wahpeton PEO sisters, and the employees and staff of the Leach Home and the St. Francis Nursing Home.  A special thank you to Linda Bailey for her exceptional loving care and her frequent visits to Pauline.

In lieu of flowers, the family requests that memorials be given to the St. Francis Nursing Home Foundation in Breckenridge, MN, the Evergreen Methodist Church in Wahpeton, ND, or the North Dakota School of Science in Wahpeton, ND.

Arrangements entrusted to the care of Vertin Munson Funeral Home.

To order memorial trees or send flowers to the family in memory of Pauline Worner, please visit our flower store.