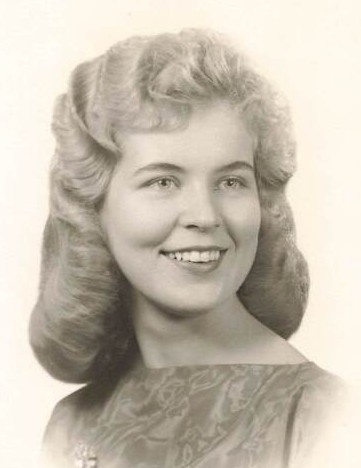 Phyllis E. Keehn, 78, of Wahpeton, ND, passed away on Wednesday, April 28, 2021, in her home under the care of Hospice of the Red River Valley surrounded by her family.  Visitation will be Wednesday, May 5, 2021, from 12:00 pm to 1:30 pm followed by her memorial service at 1:30 pm, at Bethel Lutheran Church in Wahpeton, ND.  Pastor Jake Dyrhaug will officiate the service.  A livestream of her service will be available on the funeral home's website.  Arrangements have been entrusted to Vertin-Munson Funeral Home in Wahpeton.

Phyllis Elaine Herrick was born on April 30, 1942 to Edward and Elaine (Anderson) Herrick in Fargo, ND.  She had an ideal childhood in Abercrombie, ND and she always said she would not have changed a thing. She graduated from Abercrombie High School in 1960.  In 1964 she earned her Bachelor’s Degree from NDSU in Social Studies and Physical Education. She later continued her education and earned her Master’s Degree in Special Education and Administration at Moorhead State University.

Phyllis was married in 1964 and was blessed with three children.  She was later married to David Keehn in 1988 and adopted her daughter, Elaine, in 1999.  She started her career teaching high school social studies and physical education. She eventually made her home in Wahpeton where she taught special education, and worked her way towards becoming the Special Education Coordinator.

Phyllis was a member of Bethel Lutheran Church where she was involved in the church circle, the choir, the birthday club, and was the VP of the Bethel Church Women.  She was also a member of the homemaker’s club, the National Women’s Literacy Club, and was named an outstanding member of the Jaycees.  Phyllis owned and decorated 16 homes and enjoyed hosting and decorating for many holidays, with her favorite part being decorating and setting the tables.  She also enjoyed spending her summers at the lake, traveling to different parts of the country for the winter, and spending time traveling with her many family and friends.  Phyllis lived for her children and grandchildren, always putting them first.  She was a beloved mother, grandmother, and friend to all, and created many traditions that will last forever.

She was preceded in death by her parents, Edward and Elaine Herrick; and her husband, David Keehn. To order memorial trees or send flowers to the family in memory of Phyllis Keehn, please visit our flower store.