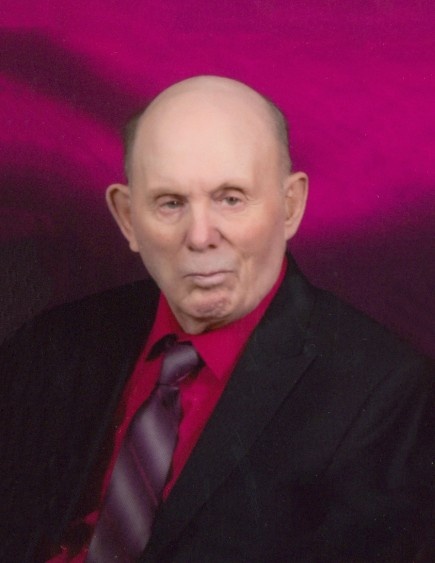 Ralph Heitkamp, 87, of Wyndmere, ND, passed away Tuesday, May 28, 2019, at CHI St. Francis Nursing Home in Breckenridge, MN. Visitation will be on Friday, May 31, 2019 from 5:00 PM to 7:00 PM, followed by a prayer service at 7:00 PM at St. John the Baptist Catholic Church in Wyndmere. Visitation will continue on Saturday, June 1, 2019 from 9:00 AM to 10:00 AM, followed by the Mass of Christian Burial at 10:00 AM at the church. Father Troy Simonsen will officiate the service. Burial will be at St. John the Baptist Catholic Cemetery, Wyndmere.  Arrangements have been entrusted to Vertin-Munson Funeral Home, Wahpeton.

Ralph William Heitkamp was born on January 26, 1932 in rural Barney, ND, to Bernard and Lucy (Lingen) Heitkamp. He grew up and attended school in Wyndmere, ND. Ralph enlisted in the U.S. Army in 1956 as a paratrooper. After his honorable discharge in 1958, he returned to Wyndmere. He was part of the 82nd Airborne, Fort Bragg, North Carolina. On May 28, 1960, Ralph was united in marriage to Carol Gowin at St. John the Baptist Catholic Church in Wyndmere. He managed the Standard Oil and Gas Station, he was a bulk truck driver for Gannon Oil and Anderson Oil, and North Dakota Grain Inspection as a grain sampler.  Ralph was a member of St. John the Baptist Catholic Church in Wyndmere where he served as Treasurer and reader many Sunday mornings. He stayed involved in his community; he served in the VFW in Barney, the American Legion in Wyndmere, the 18 Investment Club in Wyndmere, the Wyndmere Fire Department (Chief for 25 years), and the Wyndmere Ambulance. He was a New York Yankees fan and stayed involved with baseball, both playing and coaching the Old Pro team in Wyndmere, and was also on the Barney Braves Amateur baseball team. Ralph enjoyed bowling and he loved to fish.

He suffered a stroke almost 23 years ago that left him paralyzed on his right side and unable to speak. His last words spoken during his stroke were, “I’d rather be fishing.” These words were spoken to Arnold Woodbury who called the medical team. We are grateful forever to him.

Ralph’s family would like to extend a sincere thank you to the staff at St. Francis Nursing Home and Hospital for their great care and friendship they’ve shown to everyone over the years. Also thank you to the Hospice Care Team. We are truly blessed to have such amazing people take care of Dad, he loved each and every one of you. Ralph's Memorial Folder
To order memorial trees or send flowers to the family in memory of Ralph Heitkamp, please visit our flower store.