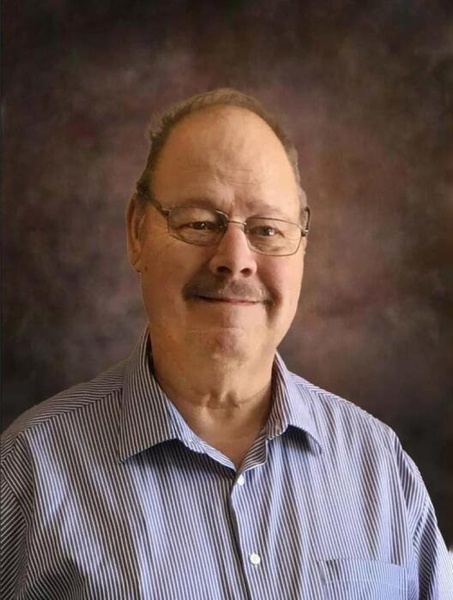 Ralph Peterson, 66, of Barney, ND, passed away on Wednesday, January 6, 2021, surrounded by his loving family at Sanford Health in Fargo, ND. Visitation will be held Monday, January 11, 2021, from 5 p.m. to 7 p.m. followed by a prayer service at 7 p.m. at St. John’s Catholic Church in Wahpeton, ND. Visitation will continue Tuesday, January 12, 2021, from 10 a.m. to 11 a.m. followed by his funeral mass at 11 a.m. at St. John’s Catholic Church of Wahpeton. Burial will follow the service at Fairview Memorial Gardens in Wahpeton. A livestream of the services can be found at the Vertin- Munson website. Arrangements have been entrusted to Vertin-Munson Funeral Home.

Ralph Peterson was born on September 11, 1954 in Breckenridge, MN, to Lloyd and Delores (Ruediger) Peterson. Ralph spent his childhood in Kent, MN, where he attended elementary school. He grew up participating in 4H before graduating from Breckenridge High School. Ralph was united in marriage to Mary Krause on December 13, 1975.  By 1981, the two moved out of Wahpeton, ND, and moved their growing family to Barney, ND. He worked for Wil-Rich, Schuler’s, and Ro-banks Manufacturing. He also enjoyed helping out local farmers with various tasks.

Ralph loved spending time with his family and friends. There was never a dull moment when you were around him. Many memories reside with the crazy and fun Halloween parties he and his wife would throw. He enjoyed his time participating in bowling and softball leagues and he loved his time outdoors either hunting, fishing, or camping with his family. The two had a passion of helping others in the communities they lived in. Ralph was a member of the Barney Fire Dept. for over 37 years. He was the Mayor of Barney and involved with the Barney Park Board, Barney City Council, and was a member of the SE Firefighter’s Association.

Ralph is survived by his children, Jennifer (Anthony) Hermes and their three daughters Liberty, Lilyan, and Lola of Langford, SD; Matthew (Jessica) Peterson and their two children Dylan and Ella of Hankinson, ND; AnnaJo (Allen) Berg and their two daughters River and Dakota of Abercrombie, ND; Teresa (Matt) Schiltz and their daughter Molly of Hankinson, ND; Sammantha (Travis) Hansel and their son Emmett of Wales, ND; Ralph and Mary’s siblings and spouses; and many cousins, nieces, and nephews.

In lieu of flowers, donations can be made to the North Dakota Firefighters Museum, PO Box 1000, Garrison ND, 58540-1000 in Ralph and Mary Peterson's names. Ralph's Memorial Folder
To order memorial trees or send flowers to the family in memory of Ralph Peterson, please visit our flower store.