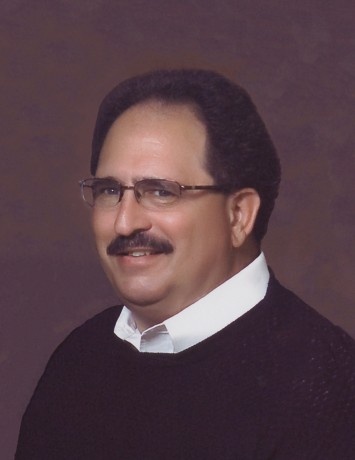 Randall “Randy” A. Pope, age 71, of Wahpeton, ND, passed away on Thursday, February 4, 2021, at Sanford Fargo Hospice House in Fargo, ND. Visitation will be held on Wednesday, February 10, 2021 from 5:30 PM to 6:30 PM followed by his 6:30 PM prayer service at St. John’s Catholic Church in Wahpeton. Visitation will continue on Thursday, February 11, 2021, from 10 AM to 11 AM followed by his 11 AM funeral mass at the church with Fr. Dale Lagodinski officiating the service. Burial will be in Calvary Cemetery in Wahpeton at a later date. We invite you to attend, wear face masks, and refrain from hugging or shaking hands as much as possible. Both the prayer service and funeral mass will be live streamed on www.vertinmunson.com. In lieu of flowers, please consider making a donation to the Carmelite Monastery, Wahpeton, or St. John’s Catholic Church, Wahpeton. Arrangements have been entrusted to Vertin-Munson Funeral Home.

Randy was born September 29, 1949, in Wahpeton, ND, to Eugene Pope and Muriel Nelson.  During his childhood they moved frequently, living in Lisbon, ND, Cavalier, ND, Minot, ND, and Sydney, MT, before moving back to Wahpeton and finally Bismarck, ND, where he graduated from St. Mary’s High School in 1967.  He attended the University of North Dakota, graduating in 1971 with a degree in Civil Engineering and remained a lifelong Fighting Sioux fan.

Randy left the University of North Dakota and started a career in Civil Engineering with the State Highway Department, moving on to North Central Consulting for a few years. In 1976, Randy started Interstate Engineering with four other founders.  Over the following 42 years, he was instrumental in building the company into one of the premier engineering firms in the region.  At the time of his retirement from the Board of Directors in 2018, Interstate Engineering had 17 offices in ND, SD, MN, MT, and WY with 135 employees.  Randy had many accomplishments in his life, and second only to his family, the one he was most proud of was founding a company that could endure through good times and bad and would leave a legacy long past his working years.

Randy enjoyed being active in the communities across the state of North Dakota. As a consulting engineer, he attended thousands of city council meetings. He was a member of Wahpeton’s Economic Development Corp, Community Development Corp, and Jamestown’s Elks Club.  He took particular pride in his service to St John’s Catholic Church in Wahpeton, being a vigorous advocate on the Finance Committee.  He was not all work; however, Randy was just as likely to be seen holding court at the Grill Room of the Bois de Sioux Golf Course or the various fraternal organizations where he was a member.

Randy is proceeded in death by his parents, Eugene Pope and Muriel Nelson.

To plant a beautiful memorial tree in memory of Randall "Randy" A. Pope, please visit our Tree Store.

To order memorial trees or send flowers to the family in memory of Randall "Randy" Pope, please visit our flower store.