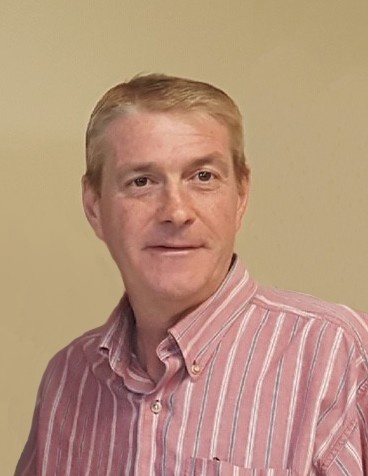 Randy Hovde, 54, of Wahpeton, ND, passed away on Wednesday, September 18, 2019, at his home surrounded by his family.  Visitation will be at Vertin-Munson Funeral Home in Wahpeton, on Saturday, September 21, 2019 from 10:00 AM to 11:00 AM followed by the Memorial Service at 11:00 AM.  In lieu of flowers, donations can be made to the Wahpeton-Breckenridge Kiwanis Club or the Dwight Rural Fire Department.  Arrangements are entrusted to Vertin-Munson Funeral Home.

Randall “Randy” Jay Hovde was born on December 31, 1964 in Cooperstown, North Dakota to Roland D. and JoAnn C. (Hayden) Hovde. Randy grew up in Cooperstown and graduated high school in 1983. He then furthered his education at Minnesota State University Moorhead.

In 1985, Randy began working at Francis Peterson, Inc. where he met Pam Luksik. They were married in Mahnomen, Minnesota on June 27, 1987. Randy was in the automotive industry making it his career for 30 years. Randy and Pam made their homes in Comstock, Moorhead, and Glyndon, Minnesota before settling in Wahpeton, North Dakota, raising their three children: Ashley, Alex, and Andrew. Randy was most recently employed at Minn-Dak Farmers Cooperative. Randy also enjoyed volunteering in his community.   He was a volunteer Firefighter / Board Member with the Dwight-Rural Fire Department, involved in Kiwanis Club, and was a Red River Sportsman Club volunteer. He assisted with coaching boys basketball and football, and was a Wahpeton Parks and Recreation Volunteer. Randy was an avid outdoorsman, enjoyed golfing, and spending time relaxing with his family and friends at the lake. Randy's Memorial Folder
To order memorial trees or send flowers to the family in memory of Randy Hovde, please visit our flower store.