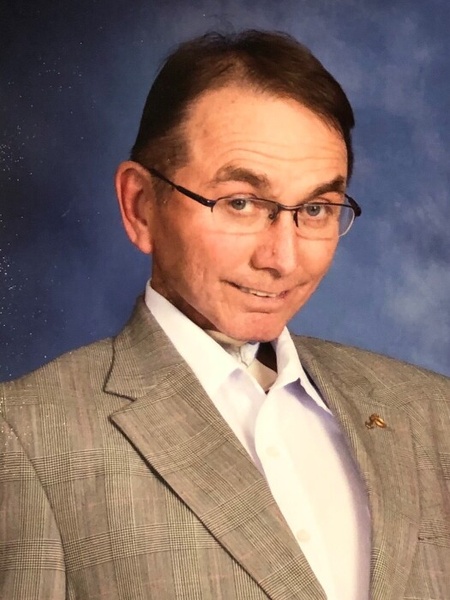 Rev. Lyle R. Kath, age 69, of Wahpeton, ND, passed away Thursday, October 8, 2020, at his residence.  A public visitation will be held on Wednesday, October 14, 2020, from 4 PM to 7 PM at Vertin-Munson Funeral Home in Wahpeton. A private family service will be held in the coming days. Pastor Matthew Tooman will officiate the service. Burial will be in Fairview Memorial Gardens, Wahpeton. Arrangements have been entrusted to Vertin-Munson Funeral Home.

Lyle Reuben Kath was born on December 31, 1950, at the hospital in Breckenridge, Minnesota to Reuben and Maxine (Schmidt) Kath.  He was the eldest of four children and the family lived in Wahpeton. He was baptized, confirmed, and served numerous volunteer roles at Immanuel Lutheran Church.

Lyle attend school in Wahpeton, graduating from high school in 1968.  Throughout his youth, he played baseball and was involved in various school activities.  After graduation, he attended NDSSS, then transferred to Moorhead State.  He completed his degree in recreation management at Minot State on a baseball scholarship under coach Dean Boyer.  Lyle became Wahpeton’s first Parks & Recreation Director in 1973.  On April 24, 1976, Lyle married Jody Kay Gagelin at Immanuel Lutheran Church.  His first child, Carisa, was born in 1977 and son, Darian, in 1981.  He took a position at NDSSS as the Activities Director.  During this time, Lyle refereed and umpired football, softball, and baseball.  He also coached Wahpeton’s American Legion baseball team and was instrumental in starting the Wahpeton-Breckenridge “Hardee’s” small town baseball team.

In 1988, after becoming more involved in serving his church, Lyle knew God was calling him to be a pastor.  He and his family moved to Ft. Wayne, Indiana to attend Concordia Theological Seminary (LCMS), including a vicarage year at Our Redeemer Lutheran in Dallas, Texas.  He graduated with a Master of Divinity in 1992, and accepted his first call to Our Savior’s Lutheran Church in Eyota, Minnesota.  While in Eyota, Lyle coached baseball, served as a volunteer ambulance driver and area hospital chaplain, and helped establish the Interfaith Hospitality Network based in southeast Minnesota.  In 1997, he was awarded Eyota’s Citizen of the Year.  Lyle also served the congregations of St. John in Weber, Minnesota and St. Martin’s in Winona, Minnesota.  He had to resign his call after a diagnoses and difficult recovery from throat cancer.  Lyle and Jody move back to Eyota for a few years and returned to Wahpeton in 2014.  From 2014 to 2019, he served as the Fargo-Moorhead Area Lutheran’s for Life Pastoral Advisor.  He was given their Dr. Jean Garton Life Award in 2018.

With his tenacious attitude, he refused to be sidelined and continued to share his strong faith.  Lyle wrote several devotion and worship books and created a daily “Pearl” email ministry.  He accepted a call as associate pastor for his home church of Immanuel in 2018.  He conducted bible studies and worship services with help from technology. In addition to baseball, he loved watching sports of all kinds, especially the Twins and Vikings.  His competitive spirit was evident on the baseball field, the racquetball court, or a game of cards.  Lyle loved “oldies” music and classic movies and TV shows. He served in the National Guard (1969-1976) and was a member of the American Legion. Lyle cherished his family and was very proud of his children and two grandchildren.  He loved life, but did not fear death. Lyle was at peace with and had full trust in the Lord to call him home at the time of His choosing.

He was preceded in death by his parents, Reuben and Maxine Kath, and his daughter, Jacy.

To order memorial trees or send flowers to the family in memory of Rev. Lyle Kath, please visit our flower store.