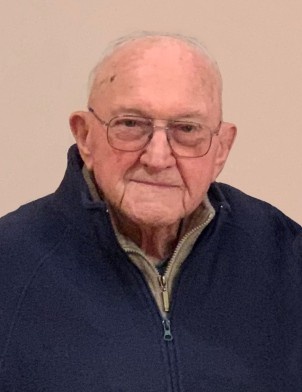 Richard F. Dickerson, age 84, of Wahpeton, ND, passed away on Saturday, April 9, 2022, at St. Francis Medical Center in Breckenridge, MN. Visitation will be held on Thursday, April 14, 2022, from 10 AM to 11 AM followed by his 11 AM memorial service at Vertin-Munson Funeral Home in Wahpeton. Fr. Dale Lagodinski will officiate the service. Burial will be held in Fairview Memorial Gardens at a later date. A live stream of the service will be available on his obituary page on the funeral home’s website. Arrangements have been entrusted to Vertin-Munson Funeral Home.

Richard Franklin Dickerson was born on August 8, 1937, to Orie and Christine (Maresh) Dickerson in Wahpeton, ND. He grew up on a farm outside of Wahpeton and attended Wahpeton High School before beginning his lifelong career as a farmer.

On April 5, 1961, Richard was united in marriage to the love of his life, Judy Aasness, at St. John’s Catholic Church in Wahpeton. Together they had two children, Debbie and Dick. Richard and Judy did everything together from, going to auctions sales and casinos, long car rides, visiting friends for coffee, and spending time with family.

He will be forever missed by his wife, Judy of 61 years; daughter, Debbie Tilley, and son, Dick (Karla) Dickerson; grandchildren, Crystal (Rodney) Jerabek, Jake (Vanessa) Dykema, and Tyler Dykema; great-grandchildren, Charley Jerabek, Colton, Callie, and Claire Dykema; his sister-in-law and brothers-in-law, Dick and Jan Reiwer and Jim Aasness; and many nieces and nephews.

Richard was preceded in death by his parents; siblings, Robert “Bob” Dickerson, Kathleen Nelson, and Rita Nelson; and his in-laws, Ninerd and Regina (Jean) Aasness. Richard's Memorial Folder
To order memorial trees or send flowers to the family in memory of Richard Dickerson, please visit our flower store.