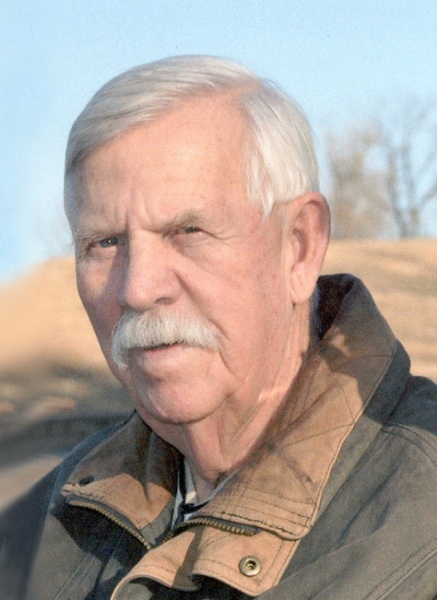 Richard “Dick” Allen Leshovksy Sr., 82, Wahpeton, North Dakota, died Sunday, Jan. 28, 2018 at CHI  St. Francis Nursing Home in Breckenridge, Minnesota, surrounded by his family.  The funeral Mass will be held at 3 p.m. Saturday, Feb. 3, 2018 with the Rev. Dale Lagodinski officiating at St. John’s Catholic Church in Wahpeton, with presentation of the U.S. flag by the North Dakota Honor Guard.  Visitation will be held from 5-7 p.m. Friday, Feb. 2, 2018 with a 6:30 p.m. rosary and 7 p.m. prayer service at Vertin-Munson Funeral Home in Wahpeton. Visitation resumes one hour before the Mass on Saturday.

Dick was born Dec. 24, 1935 in Minneapolis, Minnesota, to Chester and Hazel (McAllister) Leshovsky, the third of six children. He graduated from Roosevelt High School in 1955. He served four years active duty in the U.S. Air Force and was discharged January 1960.

He met the love of his life at the wedding of his brother Dale. He and Patricia Walsh were married May 6, 1961 at Immaculate Heart of Mary in St. Paul, Minnesota. He went to school to be an electronic technician and graduated in 1963. He worked for Honeywell as a field engineer for 17 years and began a long career for Texas Instruments until 1992.  They moved back to North Dakota in 1994. Dick worked for Melroe in Gwinner, North Dakota, until his retirement.

Dick was a lifelong outdoorsman, who relished time in the boat, in the field with his children, grandchildren and beloved dogs. He loved weekends where he could show his brothers and nephews how to hunt and trade lies about the “big ones that got away.” There were many stories to tell throughout his 82 years, and he enjoyed sharing favorite hunts and fishing experiences until the end. He was a natural storyteller who enjoyed a captive audience. He didn’t always embellish, but his family thoroughly enjoyed the stories.

He spent time with each of his five children and 11 grandchildren, teaching them a love for the outdoors. His sons and daughters alike learned how to track a deer, respect nature and catch a whopper. Times spent in the boat on a quiet lake waiting for those fish to bite will never be forgotten. Each of us will remember the first time we shot a 12-gauge shotgun that was way too big for little hands. He watched over all of us as we took aim and let fire.

He was preceded in death by his parents, Chester and Hazel Leshovsky; his mother and father-in-law, Martin and Jean Walsh; his brothers, Don, Dale and John Leshovsky; nephews Peter Leshovsky and James Birawer; his brothers-in-law, Anthony and Martin Walsh; and his sister-in-law, Genevieve Birawer.

The family would like to thank the staff of CHI St. Francis Nursing Home for the care of our father and husband. Knowing how much you loved him in your care made the transition easier. Thanks for all you did for him.

In lieu of flowers the family asks memorials be made to the Wounded Warrior Project.

Vertin-Munson Funeral Home in Wahpeton is in charge of the arrangements.