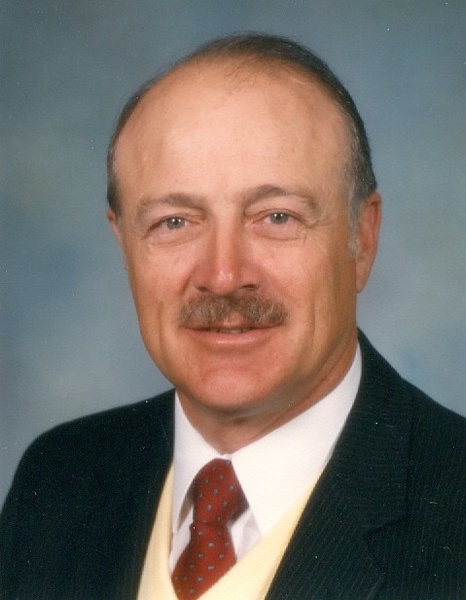 Richard Link, 83, of Breckenridge, MN passed away on Tuesday, June 26, 2018 at CHI St. Francis Home in Breckenridge.  Visitation will be held on Monday, July 2, 2018 from 10:00 am to 11:00 am, followed by the funeral mass at 11:00 am at St. John’s Catholic Church, Wahpeton.  Rev. Dale Lagodinski will officiate.   Arrangements have been entrusted to Vertin-Munson Funeral Home, Wahpeton.

Richard Henry Link was born July 25, 1934 in Ibsen Township, Richland County, ND; one of six children born to Lauretta (Besch) and Nick Link.  He grew up in that area, working on the family farm, and attending grade school and Wyndmere High School.

He was proud to have served his country as a Corporal in the US Army, spending 16 months in Korea as a Military Policeman and courier of classified information.

Following his military service he attended NDSCS and Moorhead State University, earning a master’s degree and then continuing his education at St. Cloud State earning a specialist’s degree in education.

He was united in marriage to Norma Jean Kuehn of Lidgerwood, ND on December 19, 1959 at St. John’s Catholic Church.

Richard began his teaching career at Campbell High School in 1960 and went on to be High School Principal in Wauben, MN and Ada, MN, and Jr. High Principal in Brainerd, MN.  In 1972 he returned to Campbell-Tintah as Superintendent of Schools and remained there for 18 years.

In 1988 he became Superintendent of both Campbell-Tintah and Breckenridge Schools and served in that position until he retired in 1993.  Richard and Jean moved to Breckenridge in 1990.

Richard also had a parallel career in the crop insurance industry that spanned 42 years, including forming his own agency, Ibsen Insurance.  He enjoyed working with his clients and continued this work up until the present time.

Richard was able to achieve his childhood dream of going on an African safari, twice, and also enjoyed hunting trips to Australia, South America, New Zealand, as well as many trips within the U.S.  For 22 consecutive years, he spent time pheasant hunting in South Dakota, and especially enjoyed helping out at a guide service there.

Richard’s life was forever changed when his son Terry died in 1988.  From then on, he devoted as much time as possible to Terry’s sons, taking them on many hunting and fishing trips.  He took them each on a trip when they graduated high school, Michael to Singapore and Cody to Africa.

He was preceded in death by his son, his parents, and his brother James.

He will be laid to rest at Calvary Cemetery in Wahpeton, next to his son. Richard's Memorial Folder
To order memorial trees or send flowers to the family in memory of Richard Link, please visit our flower store.