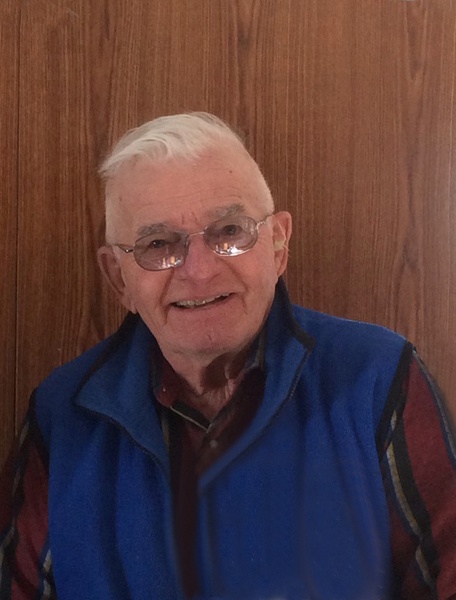 Richard Frank Matthys, known as Rick, was born July 7, 1931, in Osgood, ND, the son of Frank and Rose (Lisburg) Matthys. He attended rural school at Prairie Rose rural School near Osgood. Rick served in the US Army from 1952 to 1954, serving in Germany. He was united in marriage to Henrietta Shorma on April 4, 1959 at St. John’s Catholic Church, Wyndmere, ND. The couple lived in Wahpeton, moving to Bloomington, MN in 1960.  The family returned to the family farm in Tyler, ND, in 1969 where Rick farmed. During this time he also worked for Wahpeton Canvas for 10 years and 20 years of Minn-Dak Farmers Co-op. He fully retired from farming in 2011.

Rick was a member of St. John’s Catholic Church, Wahpeton and the Knights of Columbus. He also was a member of the Eagles and Wahpeton VFW. He found time over the years to enjoy snowmobiling, camping and bowling.

Rick was preceded in death by his parents, Frank and Rose, his son, Ronald, his grandson, Scott, two brothers, Leo and Thomas.

Rick’s family would like to thank St. Catherine’s Living Center and CHI St Francis Hospice for their wonderful care. Richard's Memorial Folder
To order memorial trees or send flowers to the family in memory of Richard Matthys, please visit our flower store.