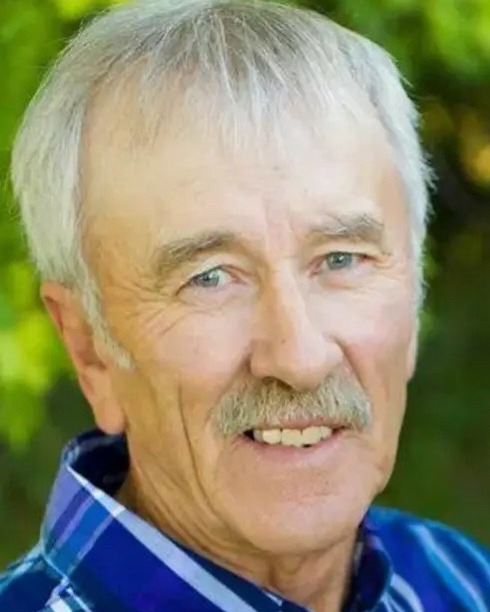 - a man known for his humor, quirky songs, and infectious smile, heartbreakingly left us for heaven.

Richard Prochnow passed away November 1, 2022, after many years of living with Alzheimer’s Disease. He was born on October 27, 1950, in Breckenridge, MN to Oscar and Inga (Karlson) Prochnow. Richard grew up on a family farm in rural Hankinson, graduating from Hankinson High School in 1968. His interest in fast cars drove him to work in Minneapolis for a short time. Upon his return home, he met Julie Heitkamp.

Richard and Julie were married in September 1974 and made their home in Wahpeton, ND. Together they welcomed two children, Mike and Erin, who along with their families became a primary focus the rest of Richard’s life. Richard enjoyed watching his grandchildren participate in events and come together at their family lake cabin on Lake Elsie. He would often joke he was the only guy on the lake who didn’t like water. The lake is where his grandsons affectionately nicknamed him Grandpa Rich-o, but it was a name that stuck.

Richard could fix most anything mechanical including tractors, cars and his grandchildren’s toys. His combined interests of cars and repair work led him to a variety of roles in his professional life of farming with his brother Herb his entire life and truck driving for Kimberly Clark and Minn-Dak Farmers Cooperative for over 40 years combined.

He was always busy and rarely sat down, Richard enjoyed work and generally providing a helping hand to fix a motor or a fender bender of his kids or nieces cars. His only request for payment was to sit on the “board of education,” a wooden stool in the garage, meant to provide some insight on repair, but mainly for their company.

Richard liked hunting and spending time outdoors, an interest he shared with Mike and his grandsons. He indulged in chocolate all day, almost every day - Coco Wheats for breakfast, chocolate milk in his lunchbox, and a chocolate malt to cap off the evening.

Richard, reserved and quiet by nature, joined a big boisterous family and found his fit through a shared appreciation for humor and compassion for others. When he did share a thought, it was with intention and thoughtfulness. In his down time, Richard was at ease one-on-one, especially with a Windsor and cigarette in hand telling stories about his rowdy younger self. He was a simple man, who enjoyed the simple things in life that many of us miss in the chaos of life. Sunday evening drives with Julie and an ice cream cone at the end of the drive would highlight the end of their week. Alzheimer’s robbed him of the ability to converse but not the pleasure of a good joke and the sparkle in his eye when he saw those he loved.

Memorials are preferred to Pioneer Cottages or St. Francis Nursing Home in Breckenridge, MN as their staff showed Richard extraordinary care and compassion.

There will be visitation 1 hour prior to service. Burial to follow at Immanuel Lutheran Cemetery, Hankinson, North Dakota. Livestream will be available.