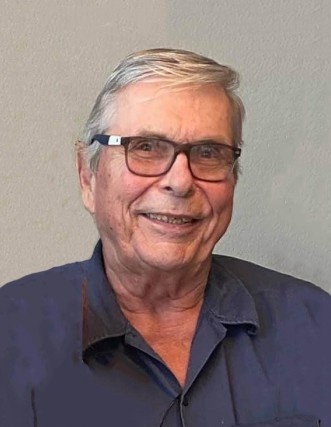 Richard “Dick” Haberman, 75, of Fargo, ND, formerly of Barney, ND, passed away on Tuesday, February 1, 2022, surrounded in love by his family at Sanford on Broadway in Fargo.  Visitation will be held on Saturday, February 5, 2022, from 5 pm to 7 pm, with a prayer service at 7 pm, at Vertin-Munson Funeral Home in Wahpeton, ND. His Mass of Christian Burial will be on Sunday, February 6, 2022, at 1 PM, with visitation one hour prior to his service, and a rosary beginning at 12:30 pm, at St. Anthony’s Catholic Church in Mooreton, ND. Fr. Kurtis Gunwall will officiate.  A live stream of his services will be available on his obituary page on the funeral home’s website.  A public graveside service will be held in the spring at St. Anthony’s Catholic Cemetery in Mooreton.  Arrangements are entrusted to Vertin-Munson Funeral Home.  In lieu of flowers, donations can be made to VFW Post 9366, C/O Paul Berneking, 115 Park St., Barney, ND  58008

Richard Norbert Haberman was born on May 15, 1946, to Lawrence and Regina (Puetz) Haberman in Breckenridge, MN.  He attended Antelope grade school for 8 years and then attended high school in Wyndmere, ND, graduating with the class of 1964.  After high school, Dick attended NDSSS in Wahpeton for two years where he studied electronic technology.  In 1966, he enlisted in the U.S. Marine Corps where he served in Vietnam as a Sergeant and was honorably discharged in 1970.

On October 27, 1973, Dick was united in marriage to the love of his life, Linda Woodbury, at St. Anthony’s Catholic Church in Mooreton.  The couple lived in Minneapolis, MN, for a short while and he worked at Western Electric.  They then returned home to his family farm north of Barney where he farmed and raised their family until his retirement in the fall of 2014.  He and Linda moved to Fargo in 2015 where he has resided ever since.

Dick was a devout Christian, and a hard-working provider.  He was honest, dependable, loyal and kind.  He was a good neighbor and a respected community member.  Dick had a keen wisdom about life and his family was his top priority.  He was a loving husband, father, and his grandchildren were the light of his life.  He loved the peacefulness of the farm and spent a lot of time gardening in his later years.  He was a true patriot of his country.  Dick was a member of St. Anthony’s Catholic Church, the Barney Fire Department, the Barney VFW Post 9366, the Wyndmere American Legion Post 153, the Wyndmere School Board, the Eagle’s Club, the Knights of Columbus, the Vietnam Veterans of America, and also served as the Antelope Township supervisor.

He was preceded in death by his parents, Lawrence and Regina Haberman; his brother, Curtis Haberman; an infant baby brother; and his brothers-in-law, Dennis Nagy, Arnold Woodbury, and sister-in-law, Lynn Woodbury.