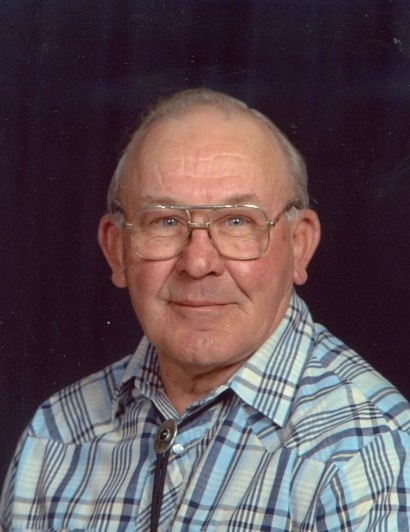 Robert Kressin, 77, Wyndmere, ND passed away on Friday, October 20, 2017 at St. Catherine’s Living Center, Wahpeton, ND.  Funeral services will be on Tuesday, October 24, at 11:00 AM at Peace Lutheran Church, Barney, ND with Rev. Sean Daenzer officiating.  Visitation will be on Monday from 5 PM to 7 PM with a prayer service at 7 PM  at Vertin-Munson Funeral Home, Wahpeton, ND.  There will also be visitation one hour prior to the service at the church on Tuesday.  Interment will be at Peace Lutheran Cemetery, Barney.  Arrangements are entrusted to Vertin-Munson Funeral Home, Wahpeton, ND.

Robert was born on January 24, 1940 in Breckenridge, MN to Erwin and Florence (Dinger) Kressin.  He grew up and spent his entire life in Wyndmere, ND.  He graduated from Wyndmere High School in 1958 and started his career as a mechanic with Dotzenrod Implement in February, 1959.

Robert was united in marriage on September 12, 1964 to Dorothy Grewe, the daughter of Emil and Mathilda Grewe, at Trinity Lutheran Church in Fergus Falls, MN.  The couple raised their two children in Wyndmere.  In 1991, Bob started working for the Wyndmere Public School as the Bus Garage foreman and continued there until his retirement in 2010.  After his retirement, Bob continued to work on small engines and you could often see a repaired lawnmower sitting in front of the house ready to be sold.

Bob was a lifelong member of Peace Lutheran Church where he held trustee and cemetery board positions.  He was also a 40 year member of the Wyndmere Fire Department where he served as chief and helped get the new fire hall built.  He also served on the Wyndmere City Council.

Bob liked to make knives and play cards, but loved the summers spent at Sunset Beach Resort on West Battle Lake and fishing with his grandkids.  He will be greatly missed by all.

He was preceded in death by his parents, Erwin and Florence Kressin, an infant girl, his brothers, Francis and Manferd Kressin, and a niece, Susan Kressin. Robert's Memorial Folder
To order memorial trees or send flowers to the family in memory of Robert Kressin, please visit our flower store.