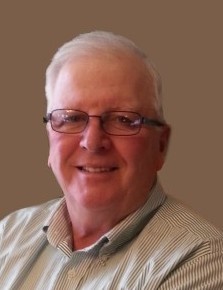 Robert D. Quam, 69, rural Wyndmere, ND, passed away, Saturday, February 17, 2018 at Sanford Health, Fargo, ND. The Funeral Mass will be 10:30 a.m., Wednesday, February 21, at St. John the Baptist Catholic Church, Wyndmere, ND, with Rev. Troy Simonson officiating.  Visitation will be Tuesday from 5 PM to 7 PM with a 7 PM Prayer Service at the church and one hour before the service at the church on Wednesday. Interment will be at St. John the Baptist Catholic Cemetery, Wyndmere. In lieu of flowers, memorials are preferred to the Carmel of Mary Monastery, 17765 78th St. SE, Wahpeton, ND  58075.

Robert D. Quam, son of Stanley and Fern (Syverson) Quam, was born May 13, 1948 in Breckenridge, MN.  He grew up near Wyndmere and attended Wyndmere District #4 country school until the 6th grade.  He graduated from Wyndmere High School in 1966 and received the ND Star State Farmer in his senior year.

He was united in marriage to Doris Haberman on December 5, 1970 at St. Anthony’s Catholic Church, Mooreton, ND.  The couple made their home on a farm near Wyndmere, where they raised their four children.

Bob devoted his whole life to his wife and family.  He absolutely loved farming and cattle.  His 13 grandchildren were so precious to him and he made a special connection to each of them.

He was preceded in death by his dad, Stanley Quam, his twin brother, Ronald, sister, Mary and step dad, Alfred Foyt. Robert's Memorial Folder
To order memorial trees or send flowers to the family in memory of Robert Quam, please visit our flower store.