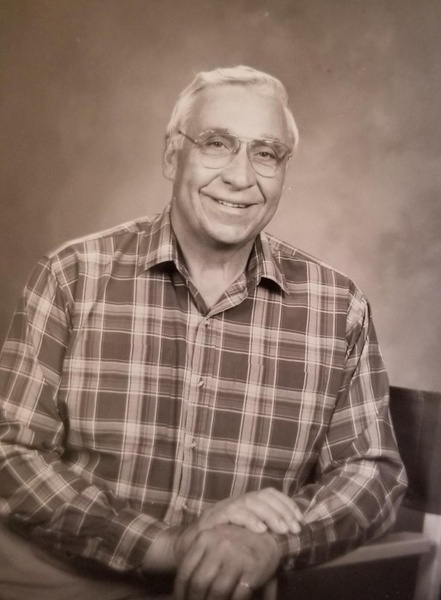 Robert “Bob” Friederichs, 82, of Foxhome, MN, passed away on Thursday, August 23, 2018 at his home surrounded by family and under the care of CHI Health at Home Hospice.  Visitation will be held on Sunday, August 26, 2018 from 5:00 pm to 7:00 pm, with a prayer service at 6:30 pm at Vertin-Munson Funeral Home, Wahpeton, ND.  Visitation will continue on Monday, August 27, 2018 from 9:30 am to 10:30 am, followed by the Funeral Mass at 10:30 am at St. John’s Catholic Church, Wahpeton.  Father Stan Wieser will be celebrant.  Burial will be at St. Mary’s Catholic Cemetery, Breckenridge, MN.  Arrangements have been entrusted to Vertin-Munson Funeral Home.

Robert Francis Friederichs was born on October 30, 1935 in Breckenridge, MN to William and Pearl (DeHoet) Friederichs.  He grew up in Foxhome Township and graduated from Campbell High School.  Bob and his wife, Cherie, lived, farmed, and raised their family on the family farm their entire life.  He enjoyed being very involved in his community.

He was preceded in death by his parents; four brothers, Joseph, James, John, and David; and a sister, Mary.

In lieu of flowers, the family prefers that donations be made to the American Cancer Society, Roger Maris Cancer Center, or CHI Health at Home Hospice, Breckenridge.