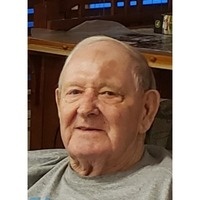 Robert Darrell House was born February 13, 1932, in Breckenridge to William and Ethel (Reiger) House and grew up in Colfax, North Dakota. He enlisted in the U.S. Marines and served during the Korean War. Robert was united in marriage to Nancy Leshovsky on August 8, 1959, in Barney, North Dakota. After marriage they owned and operated dairy farms in Colfax and then in 1972, they farmed in Rothsay until retiring in 2000 and moving to New Ulm. Robert enjoyed fishing, puzzles, and spending time with his grandchildren. He also was a member of the American Legion Post #132 in New Ulm.

He was preceded in death by his parents; a daughter, Kristi Jo House; sister, Marian (Elmer) Brendel; and by his brothers, Lamar, Lavern, and Bill House.

To order memorial trees or send flowers to the family in memory of Robert "Bob" House, please visit our flower store.