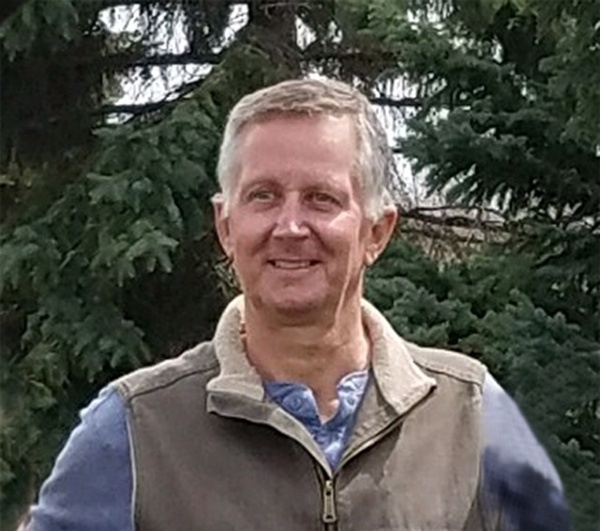 Roger W. Tedrow, 58, Wahpeton, ND, passed away, Tuesday, July 18, at CHI St. Francis Health, Breckenridge, MN, after a courageous battle with cancer. The Funeral Mass will be Monday, 10:30 am, at St. John’s Catholic Church, Wahpeton, with Rev. Dale Lagodinski as celebrant. Visitation will be Sunday, from 6 to 8 PM with a 7 PM Prayer Service at St. John’s and also one hour before the service at the church on Monday. Interment will be at Calvary Cemetery, Wahpeton. Arrangements have been entrusted to Vertin-Munson Funeral Home, Wahpeton.

Roger Wayne Tedrow was born May 27, 1959 in Williston, ND, the son of Ralph and Mary (Heit) Tedrow. Roger grew up in Tioga, ND, graduating from High School in Whitefish, MT. He learned the construction trade working for his father in the Whitefish-Libby area. In 1981 Roger started employment with 3M in Wahpeton, where he worked for 23 years in various departments, ending his career in the mold shop. He married Kristine Prodoehl on November 26, 1993 at St. John’s Catholic Church. In 2005 he started his own construction company, Tedrow Construction which he has operated until his illness forced him to retire.

Roger enjoyed his friends, family and relatives and was active in hunting, fishing, and socializing around the bonfire. Earlier, he was an avid snowmobiler and snow skier. He loved following his sons in their activities and was known to be a perfectionist, whether it was in his construction projects or his yard work.

He was a member of St. John’s Catholic Church.

He was preceded in death by his parents, Ralph and Mary; his niece, Meagan Berg, and his brother-in-law, Joshua Prodoehl.