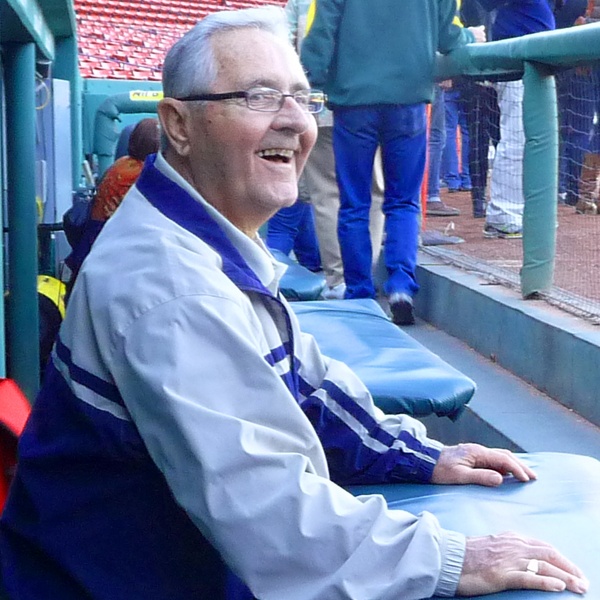 Ronald D. Ehlers, 83, Wahpeton, ND, passed away Sunday, January 8, 2017, at Sanford Health, Fargo, ND. A Memorial Service will be held, 1:00 PM, Friday at Vertin-Munson Funeral Home, Wahpeton, with Rev. Jen Tyler officiating. Visitation will be one hour before the service at the funeral home. Interment will be at Fairview Memorial Gardens, Wahpeton, at a later date.

Ronald Dale Ehlers was born April 17, 1933 at Wahpeton, ND, the son of Roy and Esther (Solomon) Ehlers. He grew up on the family farm near Barney, ND, helping his dad with farming. He graduated from Antelope High School in 1951. He served in the Air Force from 1951 to 1955. Ron was united in marriage to Grace Tabor on January 26, 1956 at Buffalo Lutheran Church. Ron reenlisted in the Air Force serving until 1959. Upon returning from the service Ron attended NDSU and worked at John Deere and Warner & Co Insurance Agency as a claims adjuster. After receiving his degree the couple lived in Bloomington, MN where Ron worked in the Insurance Industry. He accepted a position in the Citizens First National Bank in Wahpeton, where he worked until retiring from Norwest Bank, now Wells Fargo in 1993, working for the bank system for 30 years.

Ron continued to live in Wahpeton, staying involved in the community, he would be recognized for walking and riding his bike instead of driving. The couple spent several winters in Arizona and summers at Otter Tail Lake, MN. He especially enjoyed volunteering at the Bagg Bonanza Farm during his retirement. Ron's relatives were important to him visiting many family members in western states and looking after older relatives in the area.

Ron was a member of Evergreen United Methodist Church, VFW and American Legion. He was a longtime member of the Rotary Club and Eagles as well as a former member of the Elks and Jaycee's. Ron enjoyed sports and assisted in working with youth in basketball and football. He followed area sporting teams, including Bison, Wildcats and Wops now the Huskies. Since his time in the service he followed the Chicago Cubs, and visited the spring league in Mesa, AZ for several years. He was quietly pleased to have watched the Cubs win their first World Series in 108 years last fall on TV.

He was preceded in death by his parents, his brother, David, his sister-in-law, Elaine Ehlers, and his brother-in-law, Roger Nelson.

Military Honors by North Dakota Funeral Honors Team and Wahpeton Military Honor Guard. In lieu of flowers, memorials may be given to Antelope Cemetery Association or Bagg Bonanza Farm.