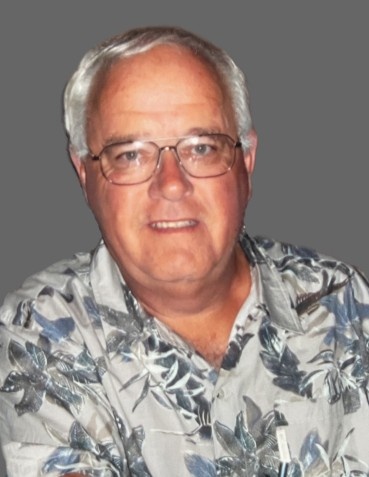 Ronald "Ron" G. Albertson, age 76, of Breckenridge, MN, passed away on Friday, March 19, 2021, at his home. Visitation will be held on Friday, March 26, 2021, from 5 PM to 7 PM followed by his 7 PM prayer service at Vertin-Munson Funeral Home in Wahpeton, ND. Visitation will continue at the funeral home on Saturday, March 27, 2021, from 12 PM to 1 PM followed by his 1 PM funeral service. René Hasbargen will officiate the service. Both services will be available to watch via livestream at www.vertinmunson.com. Burial will be at a later date in Oak Grove Cemetery in Fergus Falls, MN. In lieu of flowers, donations can be made to Someplace Safe Wilkin Office on 300 5th St S, Breckenridge, MN, 56520 or online to the Fergus Falls Salvation Army. Arrangements have been entrusted to Vertin-Munson Funeral Home.

Ronald Albertson, affectionately known as “Ron,” was born in Breckenridge on June 14, 1944, along with his twin brother Roger, to Kenneth and Florence (Bergman) Albertson. Ron grew up on the farm near Foxhome, MN. Ron attended high school at the West Central School of Agriculture, Morris, MN. He then attended the North Dakota State School of Science, Wahpeton, ND. After college he joined the North Dakota Air National Guard.

In 1965, Ron met Sandy Fretland and after a 3-year courtship, they were united in marriage on July 6, 1968, at Trinity Lutheran Church, Fergus Falls, MN. Ron worked as Merchandise Manager for Montgomery Ward department store and his job transferred them to various places around the Midwest. In 1976 they came back to settle in Breckenridge, where they raised their three children. Ron then worked in advertising, for the Back Forty and Daily News newspapers. In 1985, he purchased the Champion Auto store in Breckenridge where he continued to own and operate his auto parts store, later renamed Albertson’s Parts City.

Ron’s favorite place to relax was on the pontoon with family and friends. He was also an avid car enthusiast. Ron was known for his quick wit and great sense of humor. He loved to make people smile. Ron will always be remembered for his kind, hardworking nature, and passion for life; he was a husband, father, grandfather, and friend. His legacy of compassion and strength will be missed greatly by his family and friends.

He was preceded in death by his parents, Kenneth and Florence Albertson; and his nephew, Jeremy Rossow.

To order memorial trees or send flowers to the family in memory of Ronald "Ron" Albertson, please visit our flower store.